Bass Communion’s Sisters Oregon was originally created as an EP for 10 inch vinyl release on German label Drone Records in 2017.

This is a limited CD edition (of 500 copies) in a gatefold digifile.

In addition to the 26 minutes of music from the vinyl version, the CD contains a bonus prototype 40 minute version recorded “live” at Extrapool, the Netherlands in December 2014. 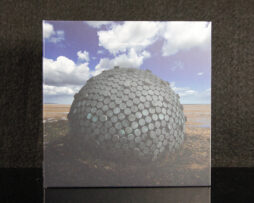