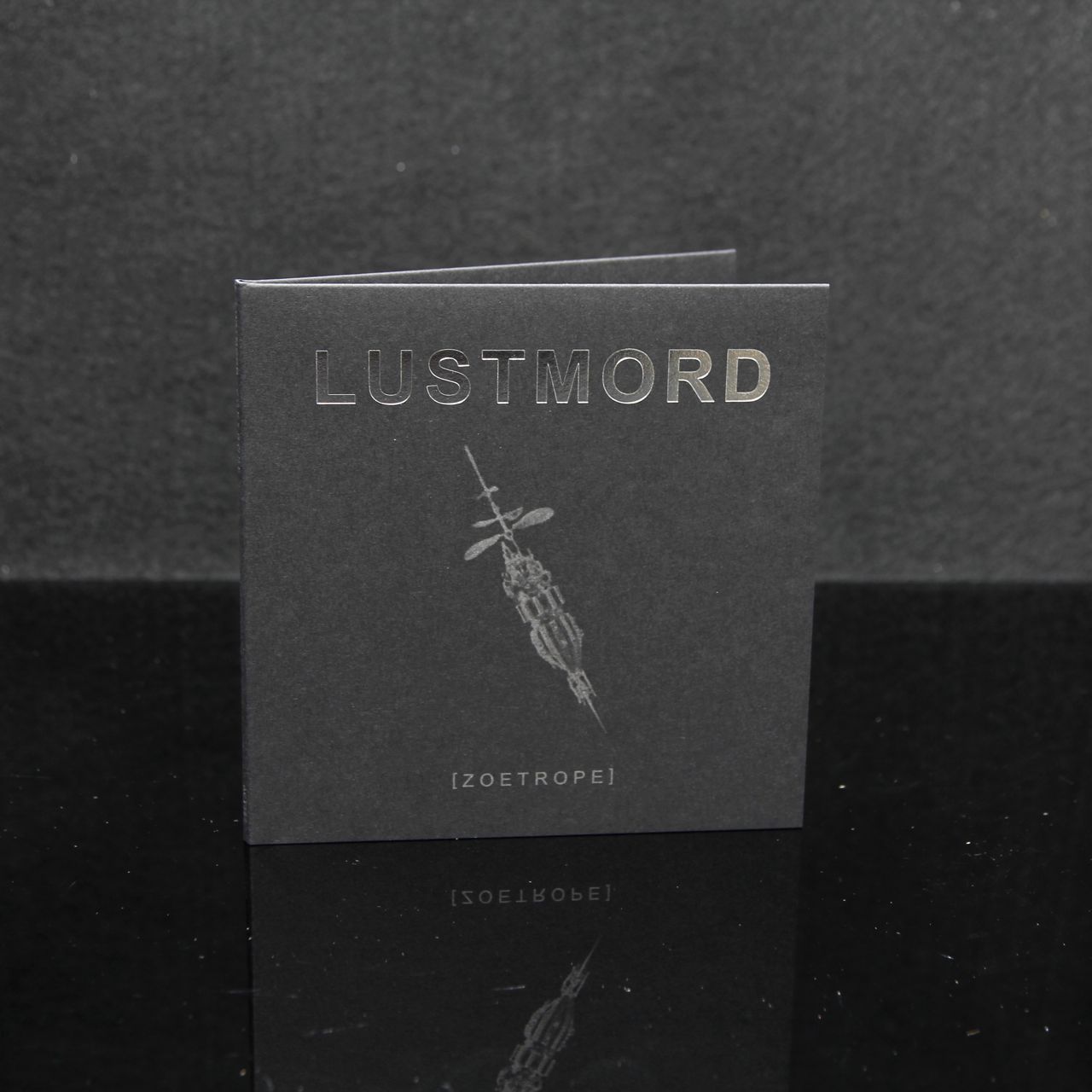 inspired by the franz kafka short story ‘in the penal colony,’ zoetrope presents the haunting visions of a man imprisoned within the inner depths of his own mind. he tries to escape his torturer’s talon grips, only to discover the truth about himself and the world of oppression which has driven him to this inescapable fate. consisting of both the music and extensive sound design of the movie, melded and mutated to recapture the atmospheric nightmare of the world that is zoetrope, where walls breath and dreams become nightmares. originally conceived as a two month music and sound design project, it quickly evolved into a three year journey into madness, as zoetrope the movie became a complex exercise in pure cinema and sound. in this score, brian williams maintains the focus on aleatoric sound manipulations made of echoing effects, tormented voices, industrial artifacts and slightly neglect the specific rumbling and layered electronic textures that were heavily substantial in his previous efforts.conceived and produced by b. lustmord at scientific electric, los angeles 2001. remastered 2012. cd gatefold sleeve – heavy black cardboard with anthracite print plus silver foil embossing. legendary sound artist lustmord (brian williams) creates the sound that gave birth too and epitomizes the genre known as dark ambient. williams began working under that name in 1980, and since then his dark sound sculptures have been highly influential not only in music genres such as ambient and industrial, but also in film and games.lustmord’s sound investigations are exquisitely crafted manifestations of horror that balance sublime sound references with the body’s natural queasiness about ultra-low frequencies. lustmord has previously extracted the eeriness from field recordings made in crypts, caves, and slaughterhouses, and combined it with sonic incantations and the haunting wail of tibetan horns. his seamless treatments of acoustic phenomena encased in digitally expanded bass rumbles have the quality of nightmares from the the blackest abyss.tracklist: 1. main title