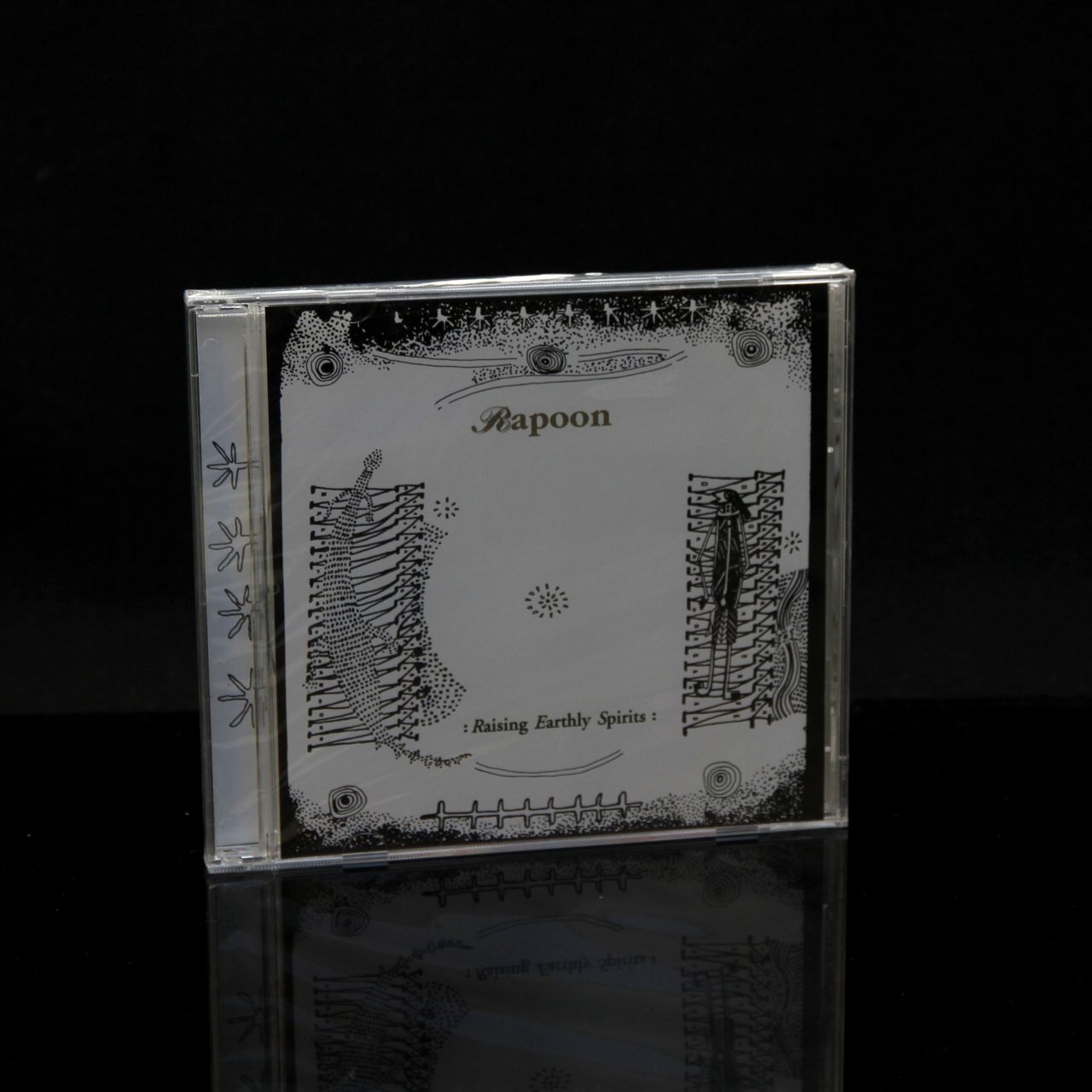 Rapoon’s album “Raising Earthly Spirits” was released in 1993 by Staalplaat as a limited edition CD packed inside a nifty silkscreened wooden box. It was later reissued in a die-cut digi-pak. “Raising Earthly Spirits” was Robin Storey’s second outing under the name Rapoon, following the 1992 release of “Dream Circle” by Canadian label Death of Vinyl. It was his first release for Staalplaat, and was evocative of his earlier work in Zoviet France, a group he co-founded but had recently left.

The music on “Raising Earthly Spirits” features long minimalist ambient textures combined with simple yet effective rhythmic pulses. As is true of all of his musical projects, all of the artwork used on this CD was created by Robin Storey. 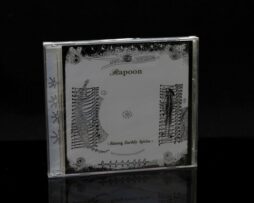