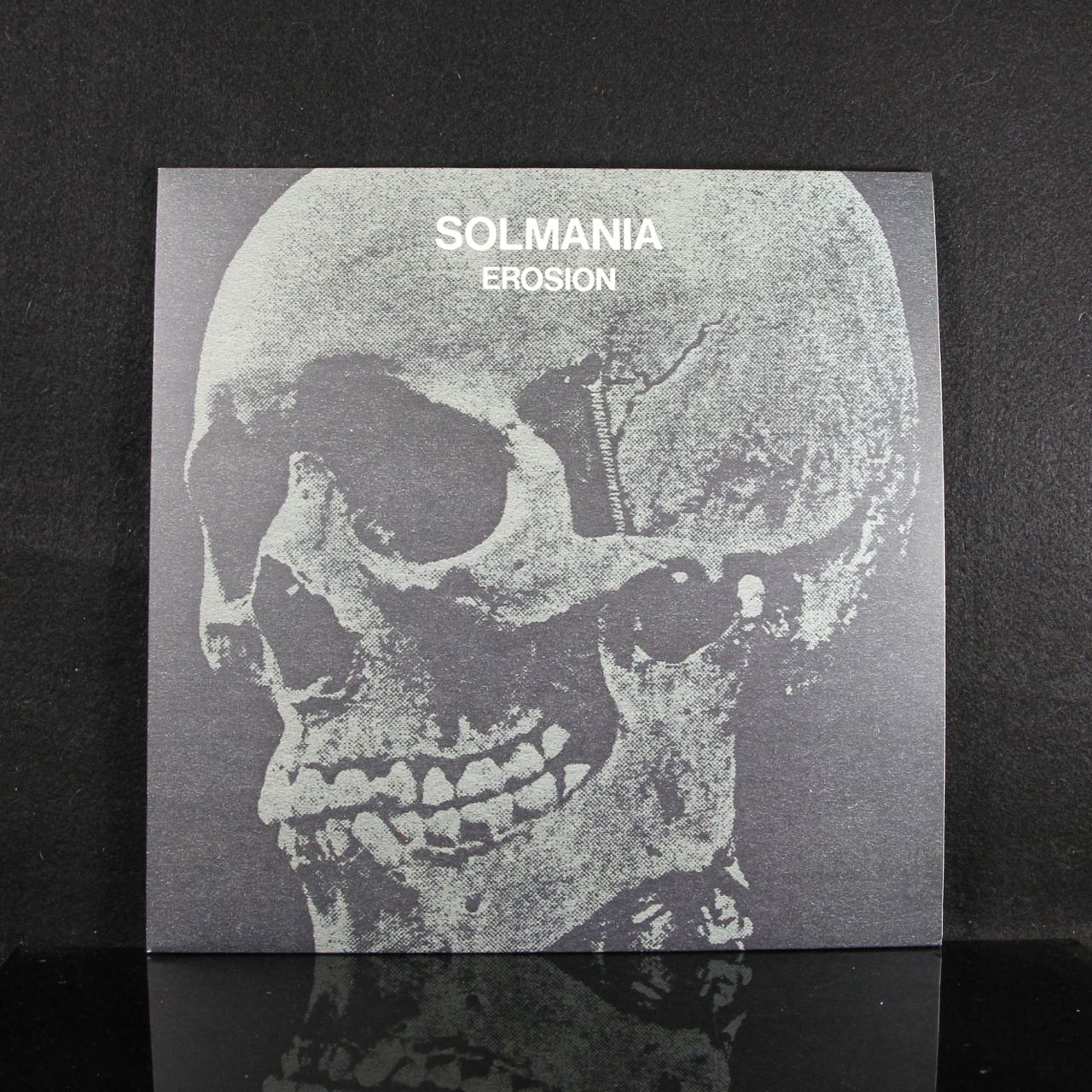 Formed in 1984, Solmania was a music experimental project of Masahiko ‘Masaki’ Ohno, and one of the earliest and most inspired noise projects out of Japan. Pushing far beyond expectations of free improvisation, Masahiko wove blistering passages that incorporated touchstones from progressive, punk, metal, noise, and drone, into intricate movements of dystopian avant-gardism, culminating with a strikingly forward-thinking expanse of sonic creativity that pushed onto uncharted ground.
“Erosion” captures an astounding concert at Eggplant in Osaka on May 15, 1987. It was performed using guitar, tape, radio, metal, turntable, and voice, and was released on cassette by Solmania’s own legendary label Fatagaga Tapes later that year, in a very limited edition. Fully remastered from the original analog tapes, this new vinyl edition contains a single, extended work over two sides, for about 30 minutes, in which the artist dives into one of the most joyous and tense musical expressions to have emerged during that decade, generating dense, trance-inducing guitar drones that seem to touch the eternal, washing the ear in rich overtones and harmonic embellishments that transcend their sources – the original instrument – in uncanny ways.
While unquestionably a work of free improvisation, bordering on noise, “Erosion” is particularly noteworthy for how far it often strays from the expected tropes and syntaxes of that idiom. With intricate and delicate movements, the artist weaves moments of profound catharsis into moody passages that are shot through by images of dystopian science fiction, driven by the sounds of guitar and creating a soundtrack for an ever darkening world. It somehow manages to retain all the hope and optimism embodied in a creative territory and language that activates conversation and the communication of ideas across distinctions of cultural, individual practice, and time.
Reissued for the first time ever on vinyl, in just 199 copies, with its original terrific skull head art on reverse cardboard sleeve that faithfully reproduces cassette’s original artwork, “Erosion” is a masterpiece of guitar drone, its dense harmonics and overtones inducing trance-like states, and providing one of the most creatively thrilling, immersive experiences imaginable. 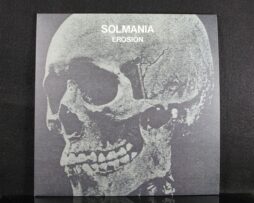