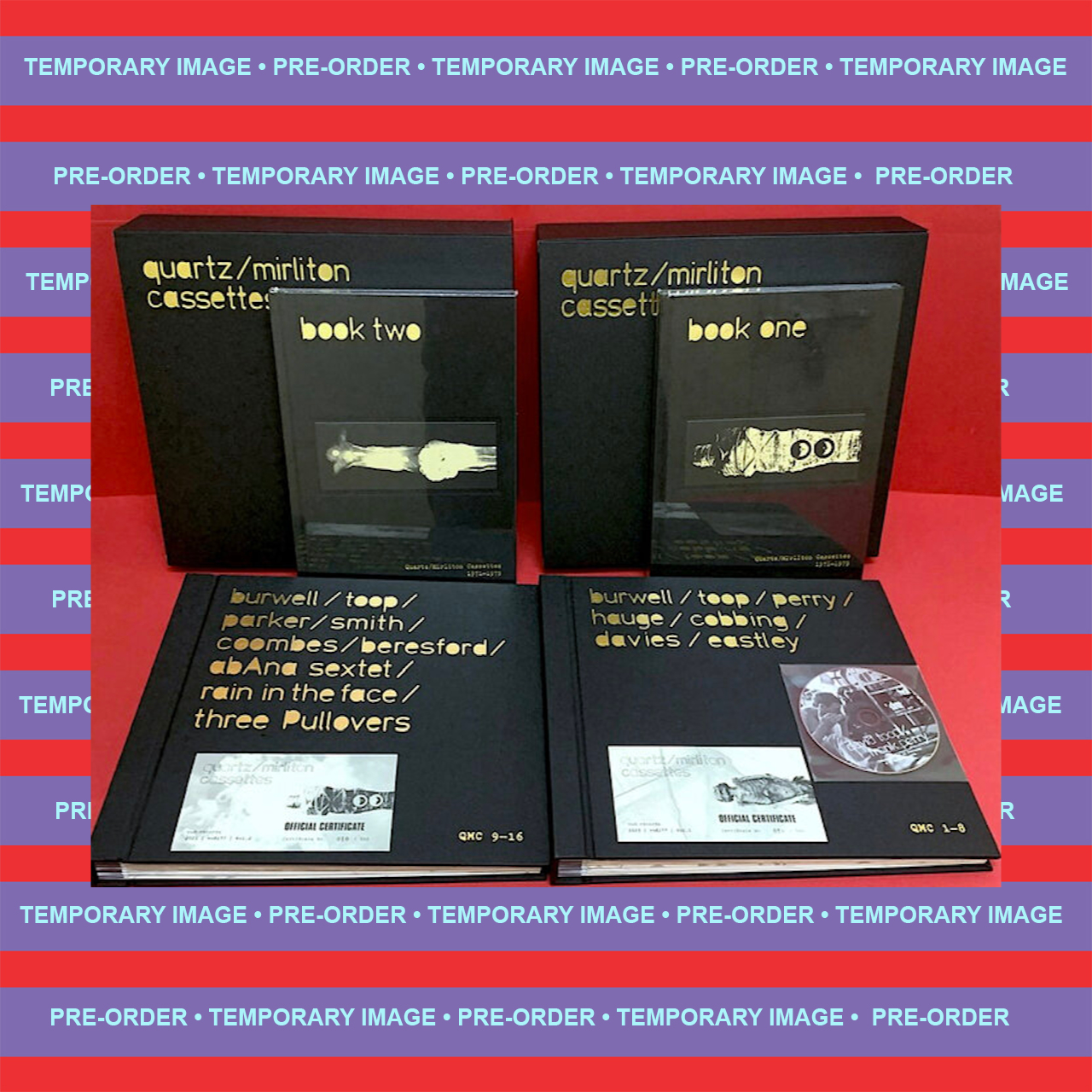 PRE-ORDER ITEM — EXPECTED TO ARRIVE MID-MARCH, 2023, BUT DELAYS ARE POSSIBLE. Any regular in-stock items ordered at the same time (in the same shopping cart) will be held aside and sent with your pre-ordered goods as one shipment. Orders with multiple pre-orders will be sent as one order, when all of the items in the order are available. If you want the order to ship immediately, or want your pre-ordered items to be sent out as soon as they arrive here, rather than in a group, you must order them separately. PAYMENT WILL BE TAKEN WHEN YOU COMPLETE CHECKOUT.

TWO BOX SETS, AVAILABLE SEPARATELY OR AS A PAIR. EACH BOX SET INCLUDES EIGHT LPS AND A 200 PAGE BOOK WITH A CD. IF YOU BUY BOTH BOX SETS YOU’LL GET 16 LPS, TWO BOOKS, AND TWO CDS. AND TO BE ABSOLUTELY CLEAR, EVEN THOUGH THE NAMES INCLUDE THE WORD “CASSETTES”, THERE ARE NO CASSETTE TAPES IN EITHER BOX SET.

Quartz-Mirliton Cassettes was one of the most obscure experimental music labels of the 1970s. The VOD release, presented in two boxes, throws light on this mysterious cassette venture, its context and associated recordings. Closely associated with the London Musicians Collective, QMC was launched by Paul Burwell and David Toop in 1977. Produced in tiny editions with handmade covers, the cassettes largely documented live sessions and field recordings made by a close network of improvising musicians, sound sculptors, and sound poets then working with Burwell and Toop, including Bob Cobbing, Hugh Davies, Max Eastley, Evan Parker, Frank Perry, Steve Beresford and others. The manifesto of the label was uncompromising: recordings were mostly lo-fi and noises peripheral to the performance were left in because they affected the music when it was played and formed a part of its context. Obscure as they were, these cassette releases from 1977 documented a intense burst of creative energy from within the London scene. 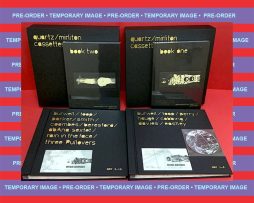