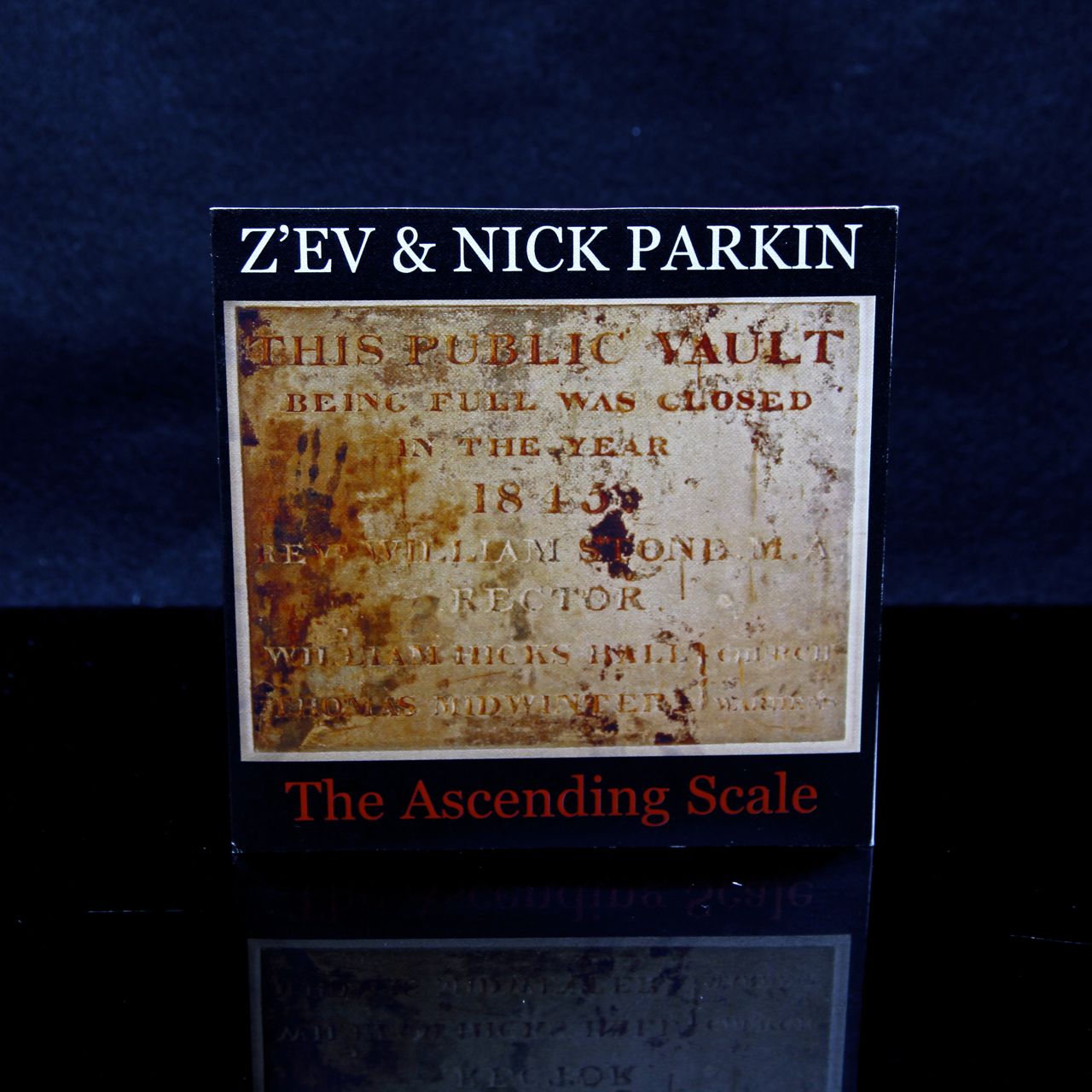 Nick Parkin and z’ev were introduced to each other by Charles Powne of Soleilmoon Recordings at a social get together in London in 2005. The following year they ran into each other again at the ICA’s Sonic Arts Festival, and after a series of meetings and conversations realised they had a number of common sonic and philosophical threads, and decided to try recording together. The two musicians shared an interest in site-specific recordings and the atmospheric and acoustic character that different locations can bring to playing and recording. One night they paid a visit to the crypt beneath Christ Church, in Spitalfields, East London, an early 18th century Anglican church designed by architect Nicholas Hawksmoor, a mysterious freemason who was fond of pagan symbols and was known in his day as the ‘devils architect’.

The crypt is thickly atmospheric and alive with resonant acoustics, both of which were essential qualities in the playing and recording of a series of solos and duets by z’ev and Nick Parkin. The first recordings were made with a variety of different instruments, metallic percussion, strings and wind provided by Parkin together with metallic percussion and bass drums from z’ev. This was followed by a series of duets performed on a collection of gongs and cymbals. The instruments resonated with the acoustic properties of the space and at times seeming to connect with the subterranean archaic history layered below. After several recording sessions held in 2008 and 2009 the source recordings were used to compose two finished pieces. Varying degrees of electroacoustic processing were then employed to transform the material again into two new works. The four pieces were further edited and recombined to become the three tracks that make up “The Ascending Scale”. These final versions were inspired by both artists having a strong interest in Alchemical processes and Elemental sound, which manifested in the initial recordings in Spitalfields Crypt and in the final compositions relating to Elements of Three Alchemical Phases of the Swiss alchemist Paracelsus.

“The Ascending Scale” is proudly presented by Soleilmoon Recordings in a hand-made screen printed cover, in a limited edition of 350 copies. 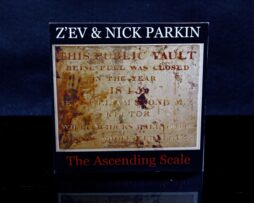