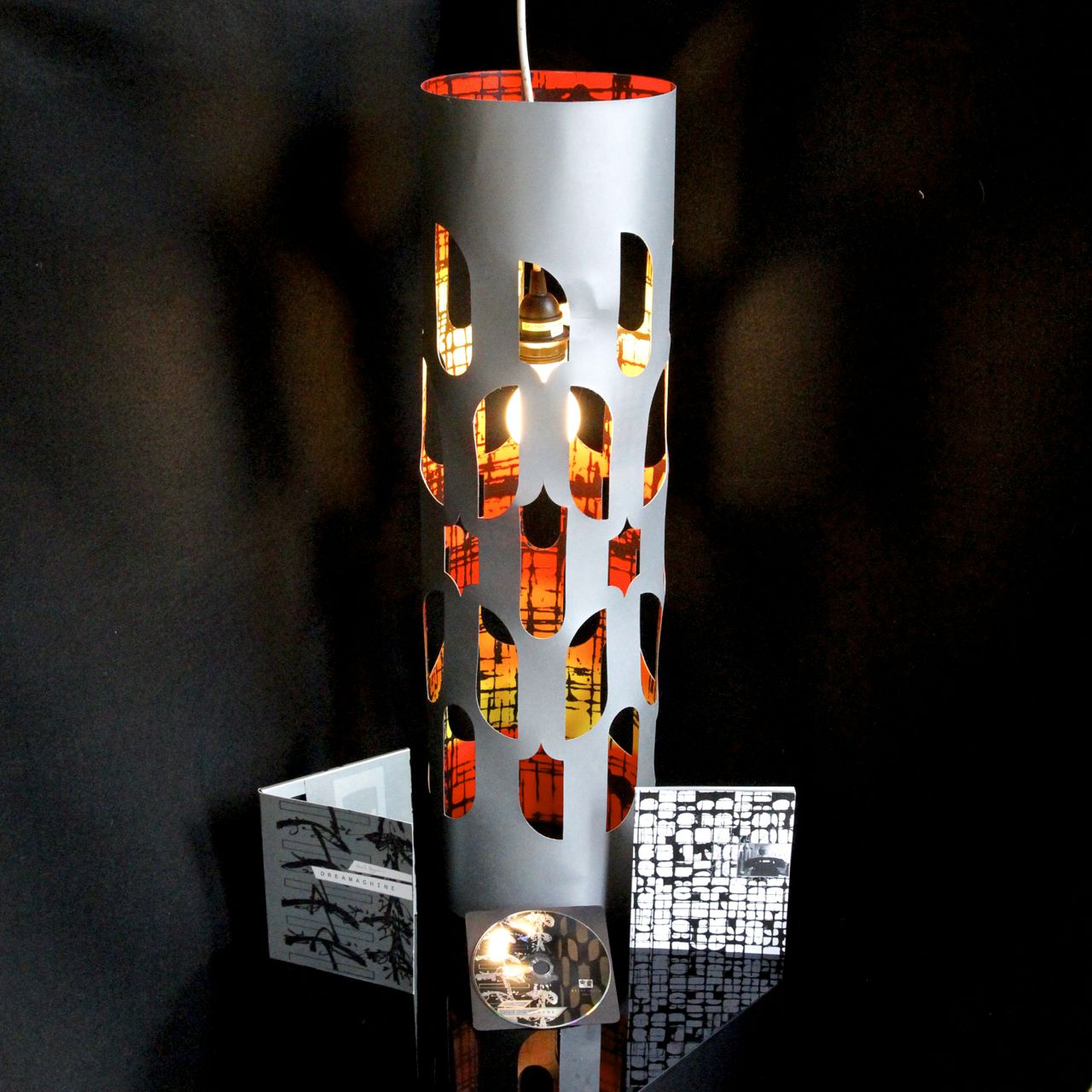 SKU: 12100 Categories: Books, DVDs, Everything Else

Ten years in the making, BRION GYSIN’S DREAMACHINE is being released by Soleilmoon Recordings, in cooperation with The Hafler Trio and Simply Superior.

Who was Brion Gysin, and what is a Dreamachine? Gysin was a British-born Canadian painter and illustrator, best known for discovering “cut-up” writing, the technique made famous by William S. Burroughs. With the assistance of Ian Sommerville, Gysin invented the Dreamachine, which at its essence is a rotating cylinder with a light hanging inside it. The user sits or stands in front of it, very near, with eyes closed. As it rotates, slots cut in the side allow flashes of light to hit the user’s eyelids 8 or 13 times per second, matching the rate of Alpha waves produced by the brain during meditation or the early stages of sleep. The inspiration for the Dreamachine came to Gysin when he was traveling by bus along a road lined with tall trees. Writing in his journal in 1958, he described his epiphany: “I closed my eyes against the setting sun. An overwhelming flood of intensely bright patterns in supernatural colors exploded behind my eyelids: a multi-dimensional kaleidoscope whirling out through space.” It was a transformational moment in Gysin’s life, and the first Dreamachine was created in 1961, after more than two years of experimentation and tinkering.

The package released by Soleilmoon includes a fully functional Dreamachine, designed to Brion Gysin’s specifications, printed and die-cut on sturdy, flexible cardstock. It’s ready for use, right out of the box. Simply connect the overlapping velcro-lined edges (with colorful side on inside and the gray side facing outward), center the cylinder on an LP, lock it in place with a few pieces of sticky tape and then place it on a turntable and rotate at 78 RPM. Hang a lightbulb inside, then seat yourself near the rotating cyclinder, close your eyes and wait for the dreamstate to be induced. Please note that this Dreamachine package does not include an LP or a turntable.

An accompanying book includes three essays written by Andrew McKenzie, excerpts from a previously unpublished 1980 interview with Brion Gysin, and extensive notes on the dreamchine itself, written by McKenzie. He writes: “The construction and production of the Dreamachine, as presented here, was fraught with problems – as a result, not least, from the death of Brion Gysin himself. Before his demise no plans were given to anyone, except those used in production of the few existing examples present in two museums – one in New York and another in Basel, the rest in private collections. The pattern for the Dreamachine has been published a few times in various publications all over the world, but unfortunately, these are all incorrect. The hitherto available examples rely on modified patterns, giving far less than the optimum effect. The present pattern is based on the examination of the plans as used for the first exhibition in Basel, and has been scrupulously calculated to produce the effect as intended by Gysin and Sommerville.”

The DVD contains four distinct sections, beginning with “Pirate TV”, a 45 minute documentary film produced by Rabotnik TV and first aired in Amsterdam in 1988. This program was later released on VHS video by Staalplaat and Soleilmoon. Next is “Aorta”, a short documentary on the first public exhibition of the Dreamachine 1988, in Amsterdam. Andrew McKenzie’s 2008 lecture at CPH:DOX Statens Museum for Kunst in Copenhagen follows. At the conclusion of the lecture the camera cuts an adjoining room where several Dreamachines are operating. It’s worth noting that these particular Dreamachines were prototypes produced by Soleilmoon, which gives you a sense of how long this project has taken. The final section of the DVD features three audio-visual pieces, with sound composed by Andrew McKenzie. All of the audio material on the DVD is intended to be played on a 5.1 surround system, but is compatible with stereo equipment.

WARNING: THE RAPID FLASHING EFFECT PRODUCED BY THE DREAMACHINE MAY CAUSE HEADACHES OR SEIZURES IN SOME PEOPLE. PLEASE USE WITH CAUTION, AND NEVER OPERATE IT ALONE; ANOTHER PERSON SHOULD BE PRESENT AT ALL TIMES IN CASE ASSISTANCE IS NEEDED. 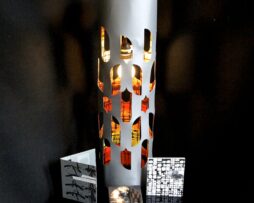