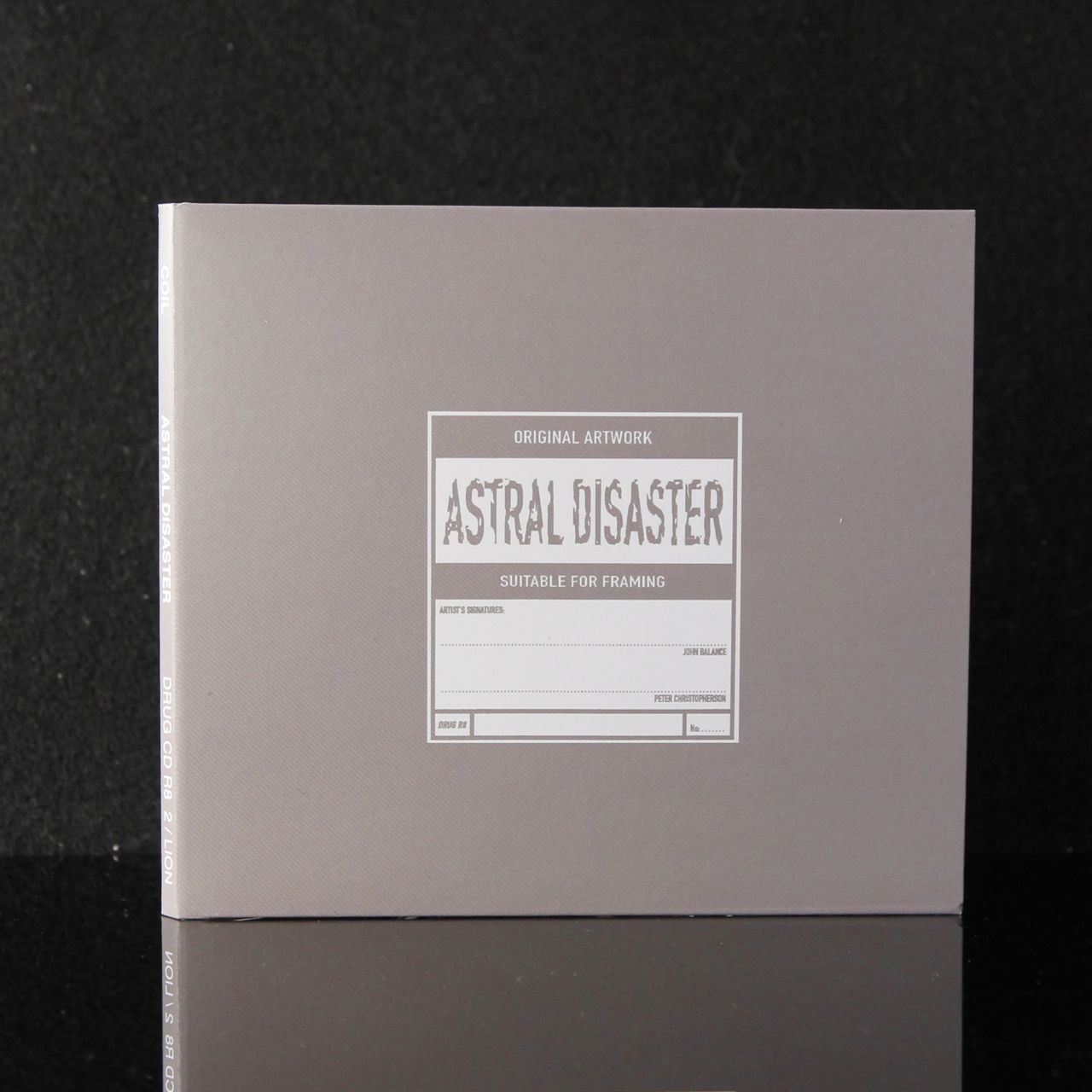 In 1998, Coil were invited to record at Sun Dial’s studios beneath the London Bridge Hop Exchange—a studio originally know as Samurai Studios, originally built and owned by Iron Maiden. The premises in Victorian times was an old debtors prison which had three underground levels, and still had the original chains, manacles and wrought iron doors from the old prison. This caught the attention of John Balance, who was very keen to record there. Coil spent a number of days recording at the studio during Halloween 1998. With Gary Ramon’s help, they developed a number of tracks, some of which resulted in this album. Ramon produced and mixed the “Astral Disaster” recordings, as well as playing guitar and sitar on these sessions. A version of the album was later remixed by the band and released on their own label—but the Prescription mixes as released in 1999 are unique. This rare album was part of the legendary subscription-only Prescription label album series in the late 1990’s, issued in an edition of 99 signed and numbered vinyl copies, long since sold out. This is the first time the album is being released officially since 1999. Taken from the original masters, this reissue includes original sleeve artwork, art booklet, and the facsimile signatures of John Balance and Peter Christopherson that came with the LP release. First time on CD, and possibly the rarest of all Coil recordings. Recorded in 1998 at Sun Dial studios, in the bowels of a Victorian era debtor’s prison.

And…. now there’s a cassette version:
Limited edition official cassette release of the recent vinyl and CD reissueof Coil’s very rare 1999 Prescription album. The cassette comes in an additional O card slipcase and is housed in an outer card box which is stamped using the original rubber stamper that was used on the back of the artwork enclosed with the original Astral Disaster album issued in 1999. In addition, we have found the original zip lock plastic bags used to house the artwork in the original LP and these are used to house the complete package. Stickered with barcode and individually numbered edition of 333 copies.

Side One:
The Sea Priestess
2nd Son Syndrome
I Don’t Want To Be The One
The Avatars

Side Two:
The Mothership and The Fatherland

CD Tracklist:
1. The Sea priestess
2. 2nd Son Syndrome
3.  I Don’t Want to be the One
4. The Avatars
5. The Mothership and the Fatherland 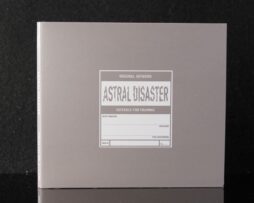