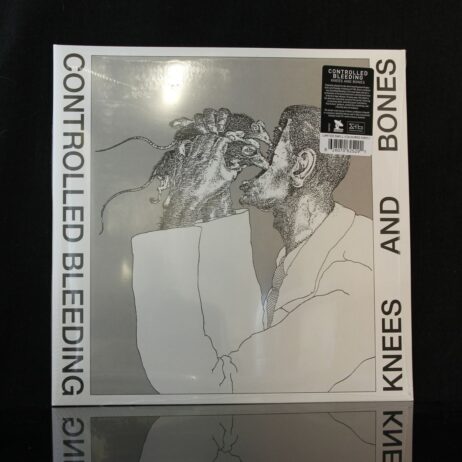 Available as a CD, double LP (300 copies on black vinyl and 200 copies on swill brown vinyl)

Originally released on the short-lived Swedish label Psychout Productions in February of 1985, “Knees and Bones” was Controlled Bleeding’s first vinyl album and was a continuation of the brutal electronics and industrial noise of the first tape releases. Its reputation in the harsh/industrial genre is legendary and well deserved, featuring screeching metal, distorted power electronics, Paul Lemos’ guttural, animal-like screaming, and a healthy dose of feedback.

The original Swedish release was a single LP with two long tracks of approximately 23 minutes each, one on each side. This reissue expands the original single LP to a double LP, with an album of bonus tracks, notably the amazing Swallowing Scrap Metal Pt. 5.5, which appeared as the final track Dossier Records 1997 CD reissue, itself now out of print. The double vinyl reissue of Knees and Bones is housed in a gorgeous gatefold sleeve. The CD is presented in a digipak