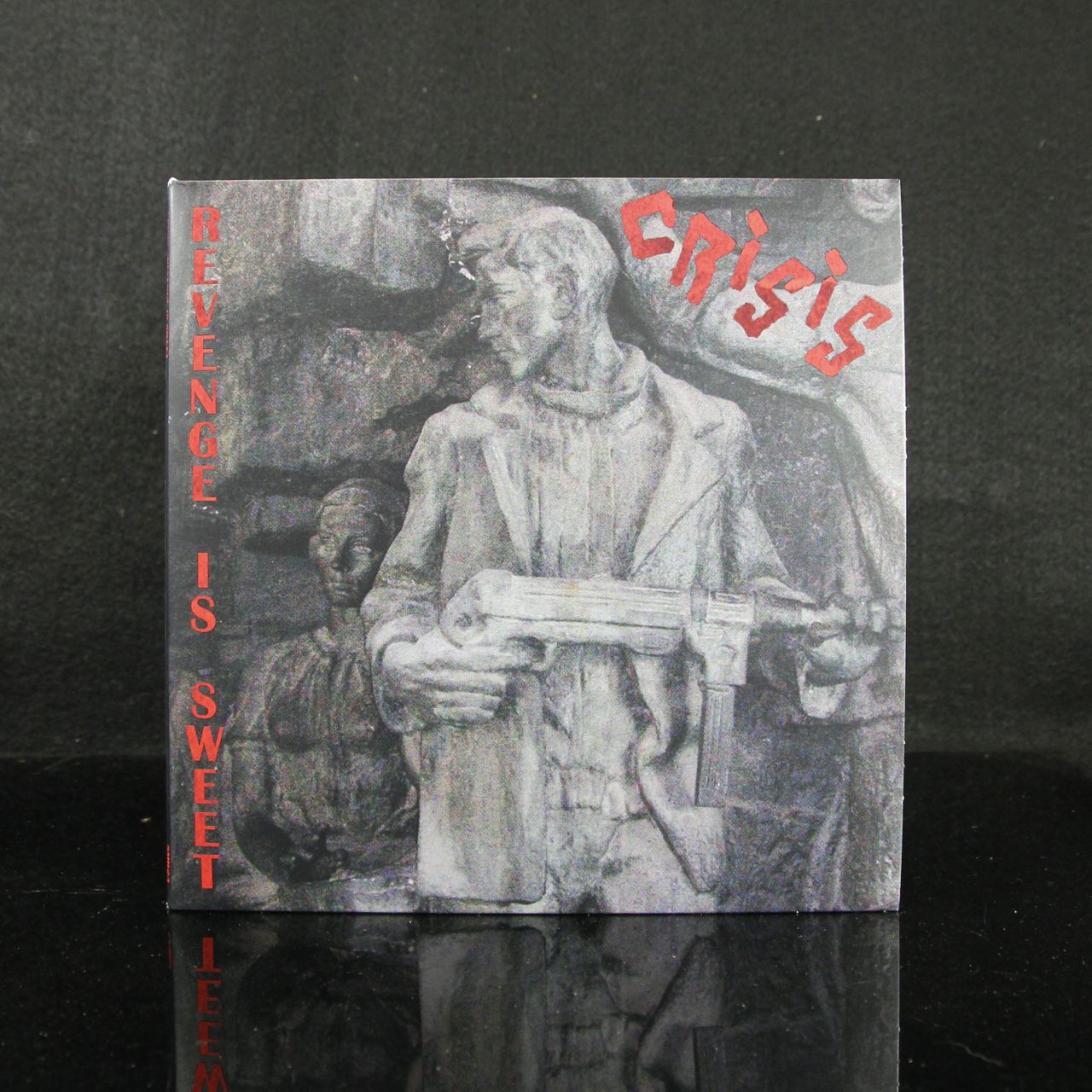 Finally, 17 years after the last time material was released on CD, a new retrospective compilation by Crisis, the punk band that gave birth to the phrase “Music to March To”, has been released accompanied by a 7″ e.p. in three different vinyl editions.

Forged in the UK in the chaotic, ground zero year of 1977 by Doug Pearce and Tony Wakeford, they played many shows for Rock Against Racism, the Anti-Nazi League, and at Right To Work marches before splitting in 1980 and turning into what would become Death In June.

All tracks sourced from original studio/live recordings 1977-1980, and the facts speak for themselves: Crisis ceased to exist in the dying embers of Punk in 1980. All else is revisionist history.

“Revenge Is Sweet” comes in three versions. All versions include the CD, a 7″, two stickers and a 16 page booklet including photos that have never been released before. There three editions of the 7″:
CD+7″ Splatter: 200 copies (includes exclusive Crisis patch)
CD+7″ Picture disc: 512 copies
CD+7″ Black: 293 copies