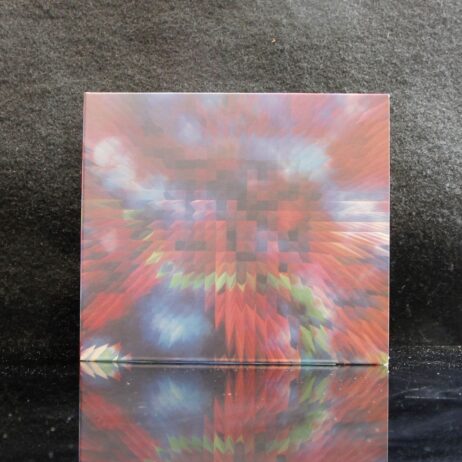 ELPH VS COIL – Worship The Glitch

“Unexplainable” may well be the best explanation for the members of the UK based electronic outfit COIL. Making a radical shift from intentional accessibility, by means of traditional pop songwriting, to abstract happenstance, Coil had entered into a new phase in their career; uncharted waters utilizing what was then the newest computer technology, digital and analog synthesis and the newly formed ideas that something outside of themselves was steering the ship.

During the studio sessions that developed into what would become “Worship the Glitch”, Coil became aware of random compositions emitting from their gear, and were at odds with constant “accidents” that were perpetually plaguing the recordings. The band called these unintentional emissions “ELpH”: a conceptual being that is one part physical equipment and one part celestial being, constantly playing the role of trickster, throwing a wrench into Coil’s methodology. Eventually, these accidents and mistakes were embraced by the band, and the process of misusing audio software to create intentional “errors” was adopted as a musical technique. The acceptance of the “mistake”, and the use of discovered mistakes as intentional elements slowly became the drive and concept behind the album, thus birthing the title “Worship the Glitch.”

Originally released in 1995 on Coil’s in-house imprint Eskaton, Worship the Glitch was Coil’s first proper album-length attempt at conceptual ambient composition, with a radical focus on chance. Seamless vignettes of shattered electronics (though ebbing softly and in delicate balance with each other) provide an underlying uncertainty and discomfort to the listener.

Remastered by engineer Josh Bonati and supervised by Coil’s Drew McDowall, the vinyl release is pressed onto double 12″ LP vinyl (from the original 10″ release), and is packaged in a gorgeous 24pt stock matte gatefold LP with sticker and vellum track listing insert.