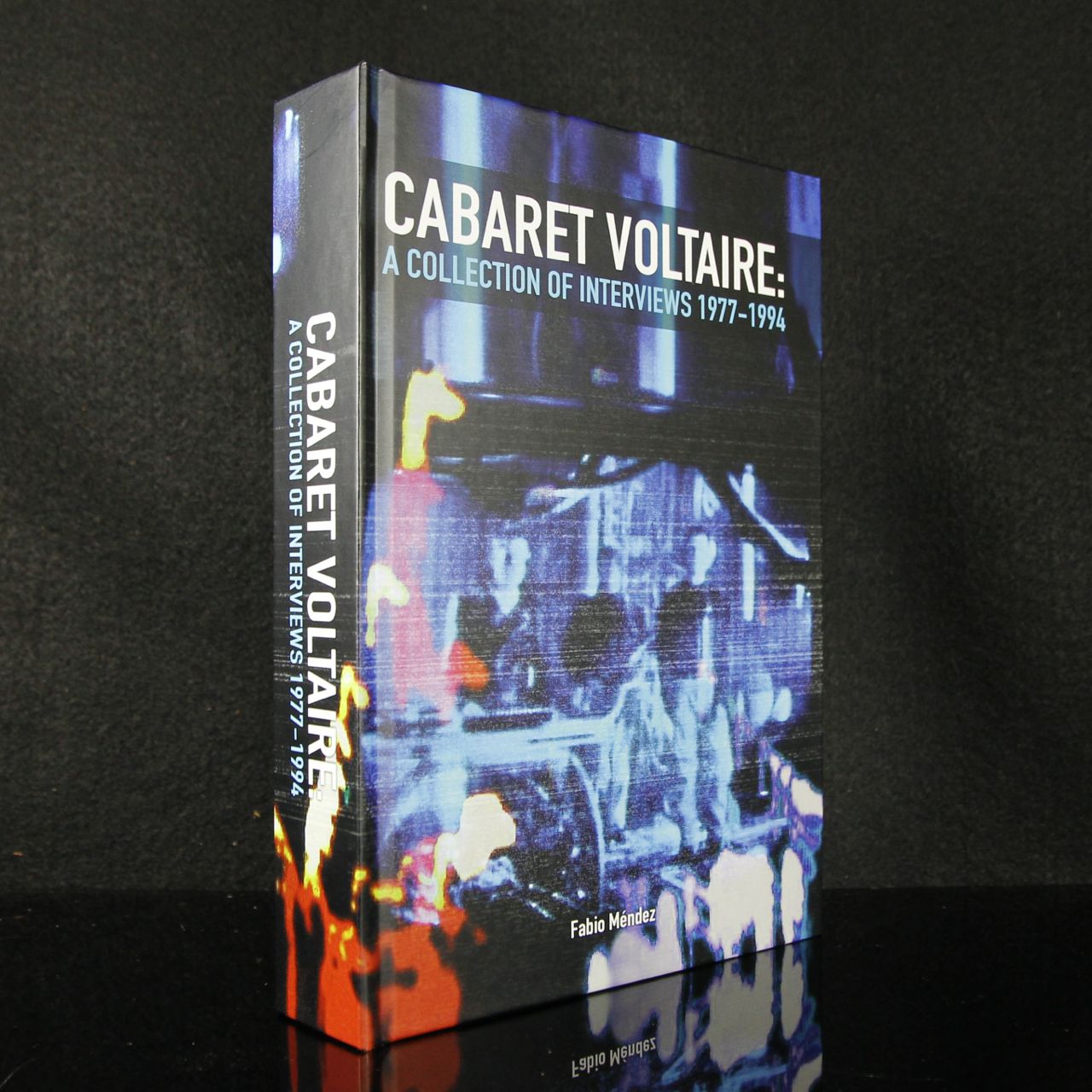 Cabaret Voltaire: Along with Kraftwerk, one of the most pioneering and influential bands of modern electronic music. Fervently praised, unfairly ignored at the same time, they reflected the times passing by like a corroded mirror. From musique concrète to failed dance hits, shouldering the industrial genre tag, mutating and evolving relentlessly – forward thinking as a method, uncompromising as a principle.

In the absence of a definitive and exhaustive (and maybe very unlikely) biography of the band, this collection offers an enthralling journey through the paths they followed from the early attic days to the mid-’90s. It comprises one hundred and twenty-seven interviews, many from obscure and rare fanzines, together with more mainstream music publications. It also features a good handful of translations into English, for the first time, of interviews previously printed in various different languages.

This compilation is the product of decades of music press collecting and over three years of research, transcribing and processing. You’ll find, throughout the 590 pages that make up this book, an impressive number of texts by writers from well-known music journalists of the likes of Chris Bohn, Jon Savage, Paul Morley, Dave Henderson, Paul Mathur, Dessa Fox and too many others to list, to dozens of underground fanzine aficionados, not less important in this story – and who Cabaret Voltaire never left aside, even during their most popular years when they were signed to major record labels.

VITAL WEEKLY REVIEW, PUBLISHED DECEMBER 28, 2021 (UPDATED/REVISED DECEMBER 29, 2021)
This time of the year I usually treat myself to a give gifts and while things slow I take the oppurtunity to write about these. This year it is books! This year saw the passing of Richard H. Kirk, one of three founding members of Cabaret Voltaire and in the end the only remaining member. Chris Watson already left in the early 80s and in the mid 90s Stephen Mallinder said goodbye in 1994. Kirk by then worked under a plethora of names and only in 2014 re-launced Cabaret Voltaire. This book contains interviews with the band from the very first one until 1994, so covering the main portion of the band’s history. Starting with the very first interview, in the Sheffield fanzine Gun Rubber in 1977, ending with Le Vendredi Newspaper out of Switzerland; 127 interviews in total. The goal was to collect interviews printed on paper and if you want Kirk on the re-launch, there is lots online. There was a wish from Fabio Méndez to be complete, but in this second edition articles from NMX are gone (will be republished somewhere else) or proved to be too hard to translate (Japanese interviews). Quick check: there are three pieces from the Dutch magazine Vinyl, and one from the bigger Muziekkrant Oor, which I am sure did more than once an interview (the box with cuttings I have only had the one that is in the book). Let’s say, mostly complete! These interviews are untouched by Méndez, but it’s not a scrapbook. Méndez took words and did a rather normal typesetting and no images at all. For those who love a great design, lots of photo’s: this is not your book. If you are a die-hard with clippings tucked too far away, this is your book. Start your trip by playing ‘Mix-Up’, their first record, and read along as things go along (or start with ‘Methodology’, which covers the earliest recordings) of the band and work your way up, to say ‘The Conversation’. I have no idea how that works out, as I took an alternative route, picking the book, reading a few pages and put it away. There is a bit overkill to take it all in at once. An essential read, that sits well next to Mick Fish’ ‘Industrial Evolution’.
–FRANS DE WAARD 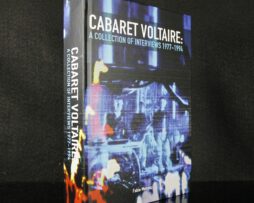