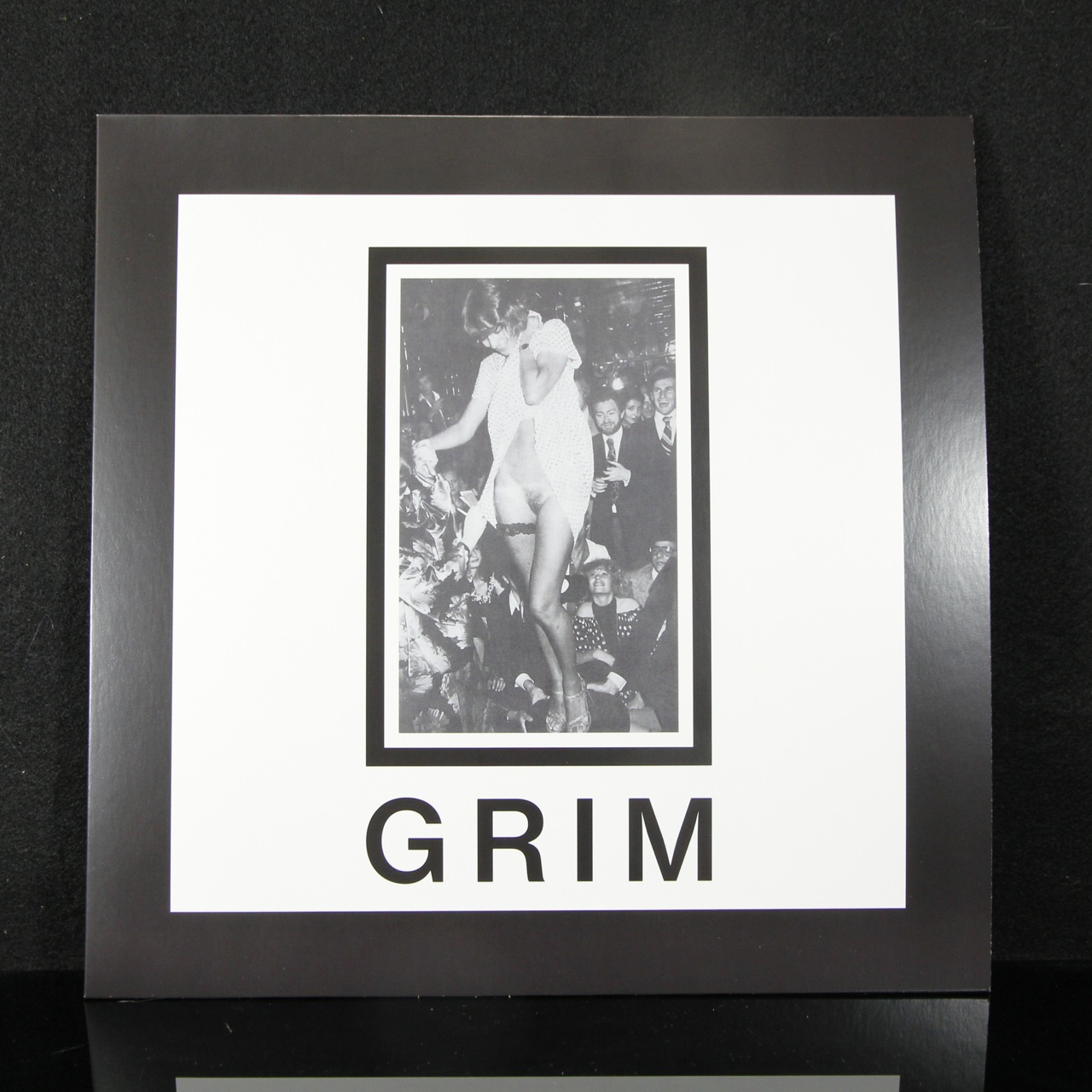 Grim is the one-man project of Jun Konagaya – formed from the ashes of White Hospital, his legendary early 1980s noise duo with Tomosada Kuwahara – which, accepting a long hiatus in the middle, has bridged the worlds of industrial music, power electronics, and noise for nearly three decades. Belonging roughly to the first wave of Japanese noise, Konagaya is particularly noteworthy among his peers for casting an eye further afield, drawing influences from bands like Whitehouse and SPK, rather than members of his own scene, as well varied reference points as far afield as the traditional folk music of Tibet. That understood, nothing was likely to prepare the context of Japanese noise for what was delivered by his 1987 EP “Message”.
It belongs to a body of three releases created by Grim during the 1980s, including the full length, “Folk Music”, issued by Eskimo Records in 1986, and the EP, “Amaterasu”, released by G.A. Propaganda in 1985. While its two predecessors are brilliant and more or less what you might expect from a seminal artist of Japanese noise, “Message” follows a markedly different path, delving toward the realm of pop and folk via a series of six songs that emit a stronger connection to Daniel Johnson, Syd Barrett, Sebadoh, and Tenniscoats than anything the noise scene has ever produced; it feels like walking through an ancient fairy tale forest, all hazy, magical and slightly eerie.
Dreamy and meandering, drawing on ’60s psychedelia, DIY aesthetics, and folky undercurrents, Grim’s “Message” is a masterstroke in underground Japanese pop, pushing radically forward, while challenging the boundaries of the scene to which the project predominately belongs. Following the album’s original release in 1987, Jun Konagaya followed different paths beyond the world of sound, before unexpectedly relaunching an incredibly prolific career, returning to more explicit territories of noise. As such, “Message” remained a coveted, rare artefact of a road less traveled and a window into the diverse talents and temperaments that rest below all of his output.
One of the most distinct and unexpected artifacts of the Japanese scene during the period, rather than the full throttle fury for which it has been widely known, here we encounter the one-man project of Jun Konagaya weaving stunningly beautiful passages within the realm of pop and folk, incorporating elements of ’60s psychedelia and Lo-Fi DIY, with Yukio Nagoshi, founding member of the Vasilisk unit, on guitar and percussion and A. Takahashi on vocals, with collaboration and technical support from Tomosada Kuwahara, partner and co-founder with Jun Konagaya of the legendary group White Hospital. First ever reissue of the album furthers these insights, extending the original EP with an entirely new body of noise-oriented reworks by Grim of the original six tracks, effectively doubling in length to a full-length release.
Visionary, wild, and weird, LP is issued in a very limited edition of 199 copies, with 12” original insert plus sheet with new liner note. It is an absolute must for any fan of Grim, Japanese noise, and ’80s DIY psychedelic pop. 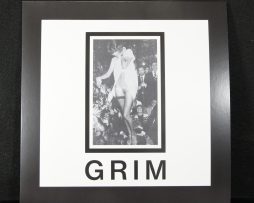