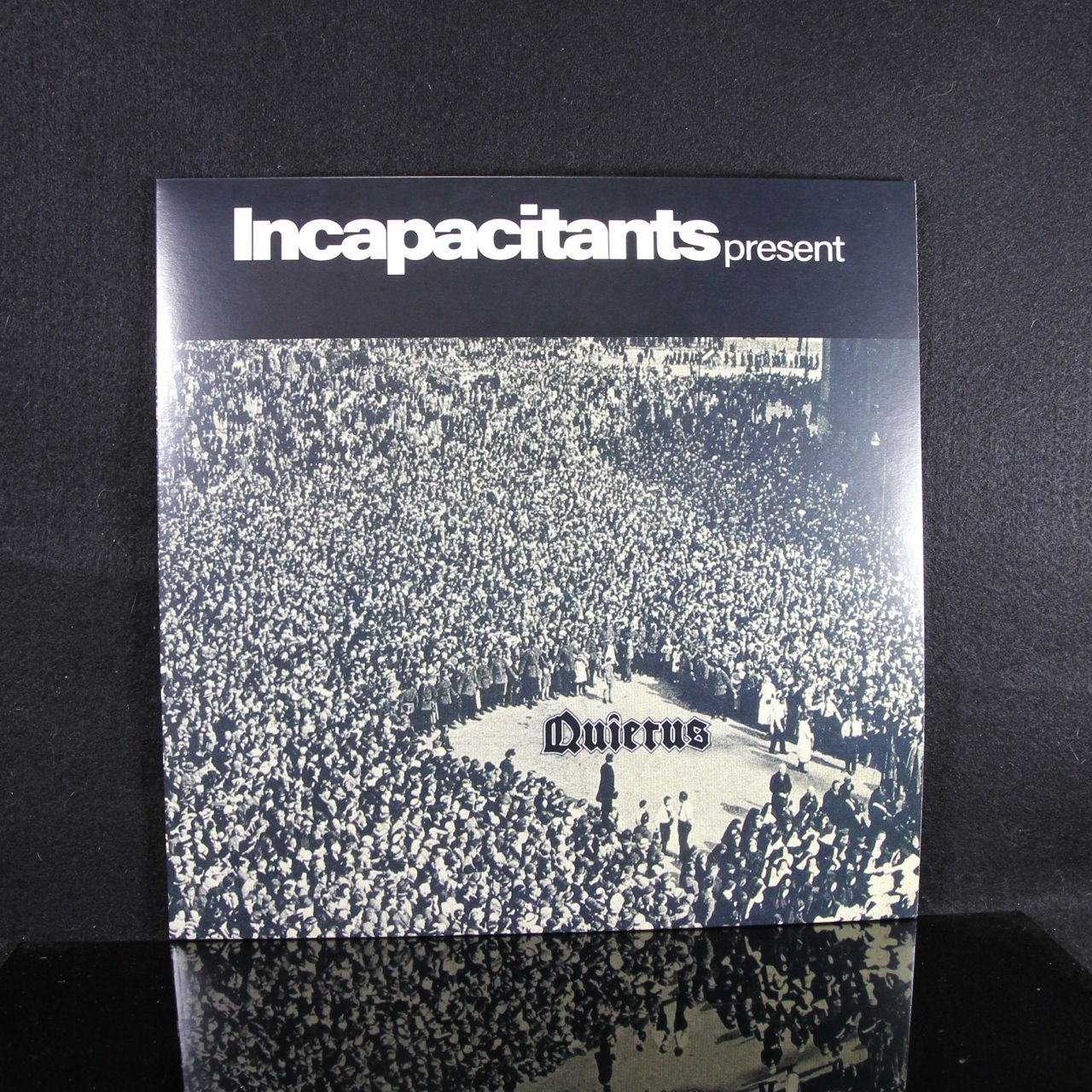 Few projects can claim the seminal importance of the Incapacitants on worldwide noise scene. The group was formed in 1981 in Osaka as the solo project of Toshiji Mikawa, a member of the amazing noise group Hijokaidan. Later Mikawa moved to Tokyo, where he joined with Fumio Kosakai, also an occasional member of Hijokaidan, as well as a former member of C.C.C.C., which made Incapacitants a duo. Since then, and for decades, they have been making some of the most unremittingly ear-shattering racket as Incapacitants, one of the most significant noise outfits to emerge from the groundbreaking Japanese scene in the early 1980s, and still one of the most radical and powerful. They’ve consistently been responsible for some of the most complex, chaotic, loud, and downright fun releases in the genre.
Almost thirty years have passed since the original release of “Quietus”. It was the fourth Incapacitants album released on Alchemy Records, and along with “Feedback Of N.M.S.” has established them as Gods of Noise. “No risk, No return” fills side A completely, with uncontaminated, pure electronic distortion of the highest quality: exciting, frightening, hypnotic and fascinating, all at the same time. Side B open with a small noise gem, furrows that precede the intensity and the noisy purity that characterize all productions of Incapacitants, titled “Backfire”. And then comes the masterpiece “Goby Fishing”, whose sound is particularly exciting, agonizingly dense and full of detail, with thrilling psychedelic feedback and sonic bulldozing, all sounding crystal clear. It’s the perfect soundtrack for your holidays or, for anyone curious about the history, it’s a wonderful time capsule from the Golden Age of Japanese Noise.
Released in a beautiful limited edition of 199 copies – fully remastered for this vinyl edition – that perfectly reproduce the CD album’s original artwork, it is a highly sought-after milestone in noise music, bridging rigorous practices of experimentation and highly refined elements of power electronics, and holding countless revelations for anyone yet to encounter their wonders first hand. Incapacitants create an inexhaustible stream of chaos verging on the sublime, and take you on a truly excruciating journey toward catharsis. This is truly the spirit of noise: no macho posturing, no pseudo-intellectualism, no “rocking out,” no pretense! This first-time vinyl reissue is about as essential as they come and an absolute must for any Japanoise fan. 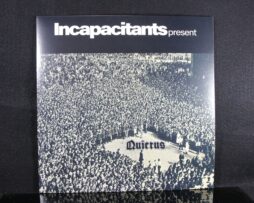