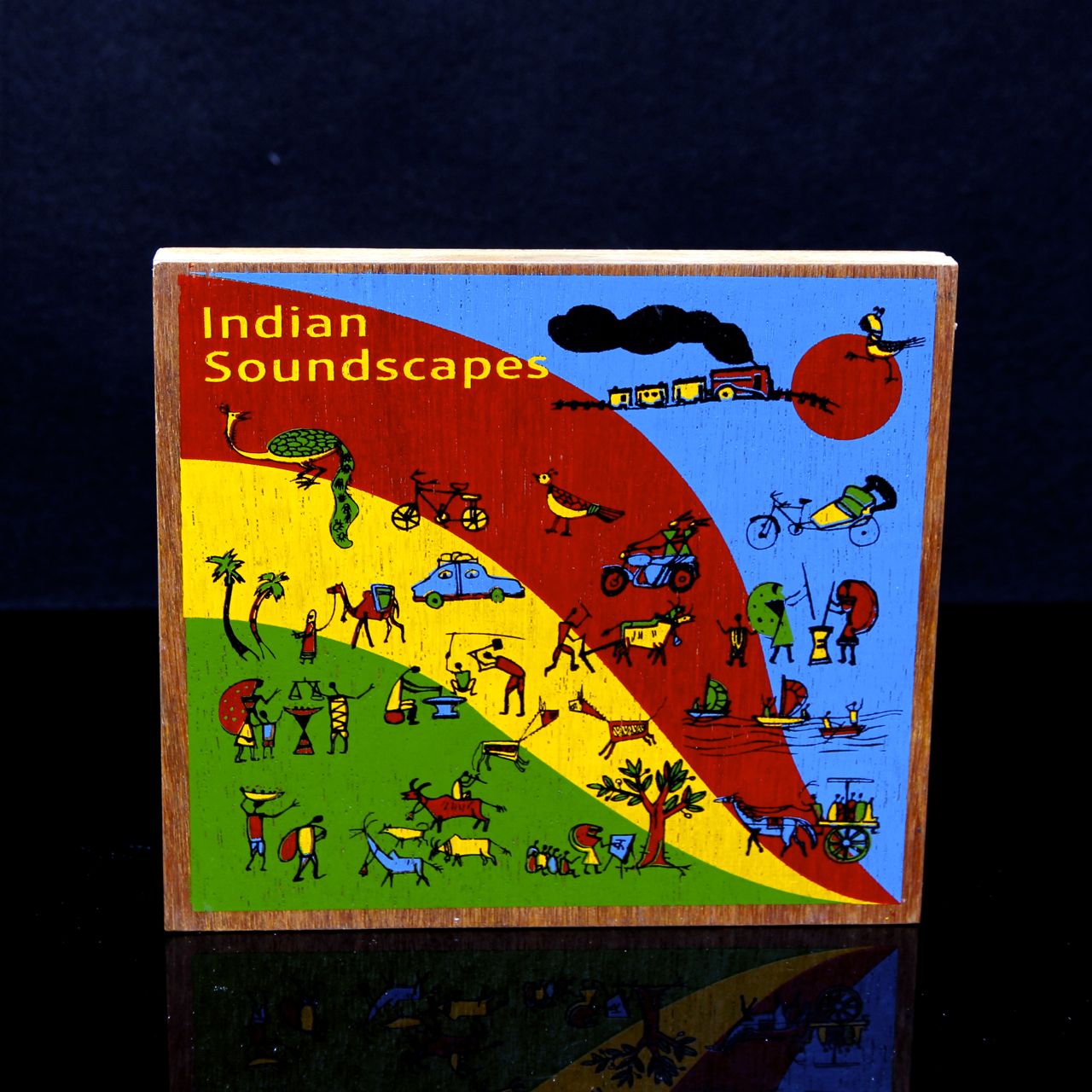 I made these recordings between 2001 and 2004. Over the course of four trips I explored India, absorbing the myriad sights and sounds, each day tasting the sublime, inhaling the fetid, and witnessing the miracles and tragedies of human existence. By turns I found myself elated or shocked, particularly when the sensory inputs overlapped in unexpected ways. Such is the foreigner’s experience in India. With me nearly always were my camera and audio recorder, which permitted me to capture those fleeting moments when chance and circumstance intersected to bring me something memorable. With Indian Soundscapes my intention is not to present a comprehensive or definitive documentary of India. The country is too big to fit into one or two CDs. Instead, I have a more humble wish, which is to share my favorite sounds and snapshots of everyday life: Religious festivals, bicycle bells, railway stations, chanting beggars, even an electric water purifier. It’s a completely subjective and personal collection. Someone else would make a completely different set of recordings. This one is mine.  In undertaking this project I followed a number of guidelines: First and foremost, I tried as much as possible to avoid recording the sounds of engines. You don’t notice what a constant presence they are until you try to keep them out of what you’re recording. Motorcycles and trucks really do sound the same the world over, although an argument could have been made for including the distinctive chugging rumble of an Ambassador, that one-time iconic Indian automobile. Cell phones, a true novelty in India in 2001, had by 2004 become an ever-present nuisance, and in fact sabotaged more than one recording. I tried as much as possible to steer clear of pre-recorded music, as well as anything that sounded as though it was intentionally being performed for an audience, but in India music is everywhere. It spills from open doors and windows at every turn, and hangs in the air like fragrant incense. It permeates everything. I kept myself open to spontaneous, random events, and indeed, serendipity often smiled on me. In the end, many of these recordings were unplanned and unanticipated. It was luck as much as anything else that dictated what came my way. Globalization and modernization are bringing rapid transformation to India, and the country’s audio landscape is being overrun by technology and the sounds of progress. An idea of India is vanishing. But if it can only be heard and not seen, who will note its passing? If nothing else, I hope I’ve preserved a few of these unforgettable sounds. –Iyou, August 24, 2004