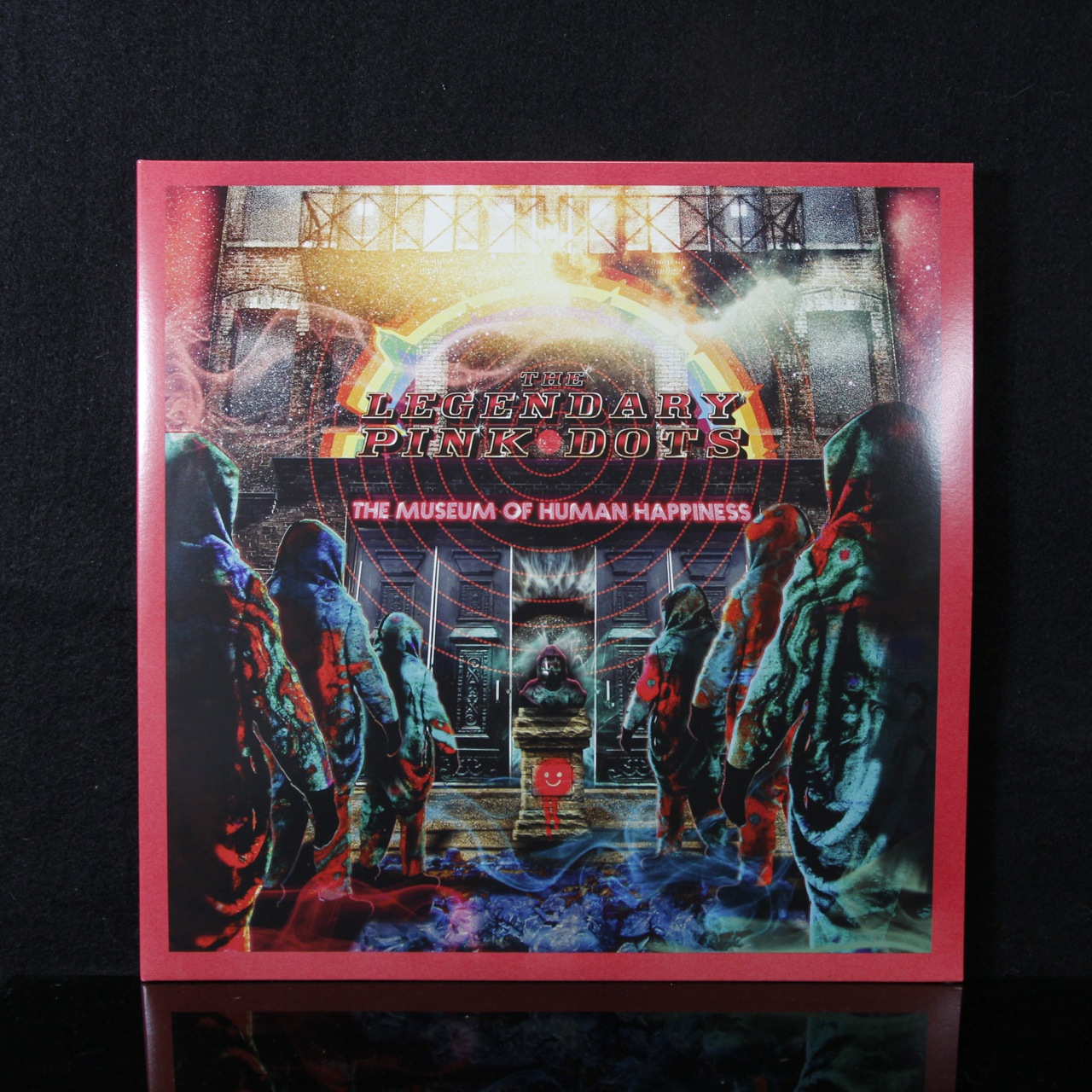 The Legendary Pink Dots have developed a devoted following over their four decade career. On “The Museum of Human Happiness”, the band’s unique explorations in textural ambience, rock experimentalism, lyrical imagery, hypnotic guitar, and synthesizer washes create a spellbinding experience. In the era of lock downs, their trademark avant-garde sound is perhaps informed by observing the state of current events.

Metropolis Records blurb (author not named, but assumed to be Edward Ka-Spel): Just a few days before much of Italy locked down the band was in Milan. A few days later, the destination was Cologne where they opted for a hotel in the countryside. It turned out that the resting place was one village away from the most lethal outbreak of the virus in Germany.
The tour eventually finished in a sold-out club with a worryingly low ceiling in London. There were hugs, a real feeling of togetherness with a truly lovely audience.
Then the World stopped.
It was the last time The Dots were in the same room.
Song writing and recording were necessarily deemed to happen in cyberspace for the rest of 2020 and 2021.
As a result, the lyrics are utterly poignant, desperate, yet sometimes bearing a flash of gallows humor. The soundtrack is a purging fire. It’s a fire that still burns, and as I type this I can say I have never been so excited about the impending release of a new Dots’ album.

A1. This Is The Museum
A2. There Be Monsters
A3. Cloudsurfer
B1. Cruel Brittania
B2. Nightingale
B3. Hands Face Space
C1. Coronation Street
C2. Postcards From Home
C3. The Girl Who Got There First
D1. A Stretch Beyond
D2. Tripping On My Nightmares
D3. Nirvana For Zeroes