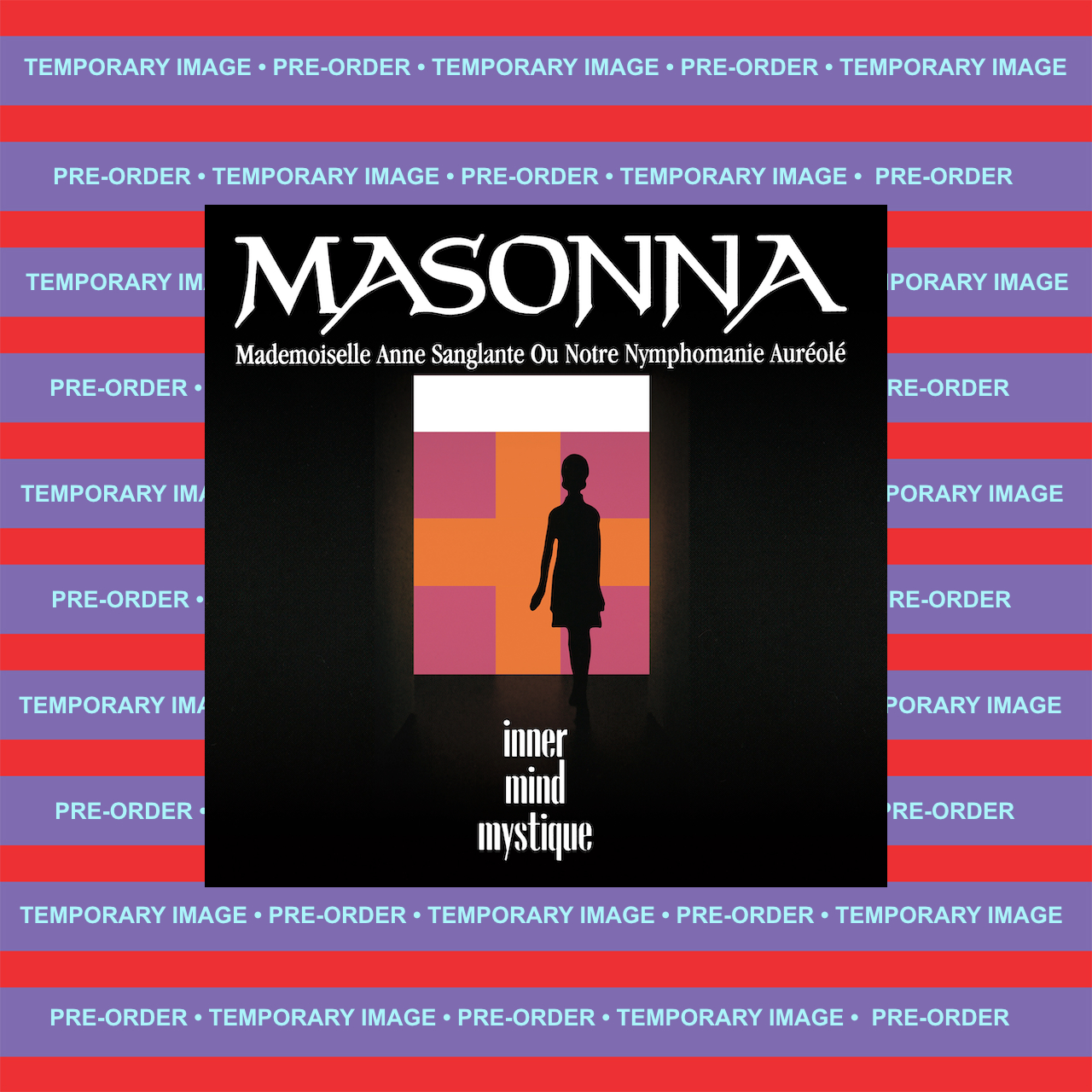 PRE-ORDER ITEM — EXPECTED TO ARRIVE BY FEBRUARY 17, 2023, BUT DELAYS ARE POSSIBLE. Any regular in-stock items ordered at the same time (in the same shopping cart) will be held aside and sent with your pre-ordered goods as one shipment. Orders with multiple pre-orders will be sent as one order, when all of the items in the order are available. If you want the order to ship immediately, or want your pre-ordered items to be sent out as soon as they arrive here, rather than in a group, you must order them separately. PAYMENT WILL BE TAKEN WHEN YOU COMPLETE CHECKOUT.

Along with Merzbow, Incapacitants and Hijokaidan, Masonna is one of the best (known) Japanese noise projects. A psychedelic touch, cascades of electronic noise and vocal belching mixed together constitute the ingredients of Mademoiselle Anne Sanglante Ou Notre Nymphomanie Auréolé, the double-barrelled named for Masonna. Yamazaki “Maso” Takushi created Masonna in 1987 and simultaneously he started recordings on cassette tapes and seven inches for his own label named Coquette. His plentiful productions were presented in an ultra limited edition, sometime totally confidential (one sole copy), and contributed to create a mythology based above all on the astonishing intensity with which “Maso” devastates and reprocesses the vocal cords, in a true total electronic song. In his impressive live performances he created and electrically overcharged universe, punctuating the electric and vocal sonorous power with some quite moments and brief interruptions, conferring a very particular dynamic to his pieces.
Inner Mind Mystique, released for the first time in 1996, includes seven studio recordings are making full use skillfully editing how to edit cut-up, in which elaborate lump-sum making has been performed with the effects, burbling electro noises, high-pitched twees, and other sci-fi sounds, erupting out to drown out the screams, as if to make full use of the ancestral vocal sound. With the ”harshtronics” , the extensive set of pedals that is used by Masonna to filter vocal and feedbacks, are surpassed all extremes with a full frequency violence that is as fast as it was psychedelic. Everything is scraped, cosmic and beautiful and focuses an electrically overcharged universe, punctuating the thrilling and vocal sonorous power with some quite moments and brief interruptions, conferring a very particular dynamic to work. Each pieces display a vast array of electronic sound events meticulously sequenced to a complex vocal fusion symbolizing the entire spectrum of earthly and heavenly sounds. Dynamic extremes evoke a restless flight through space, or through the depths of human subconsciousness, between dream and reality. Ultimately the noise disappears, like a dot in the sky gradually fading into nothingness – an “ascension” that closes the loop in a ritual of life that can begin anew again at any time.
Reissued as a deluxe vinyl edition of 299 copies, with A3 poster and cardboard insert, faithfully reproducing every aspect of the original 1996 release on Release Entertainment. Truly stunning and historically monumental within the genre, it can’t be missed by any fan of Japanese experimental music and noise. 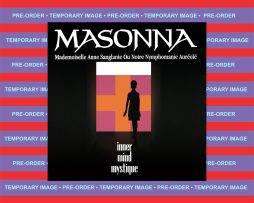