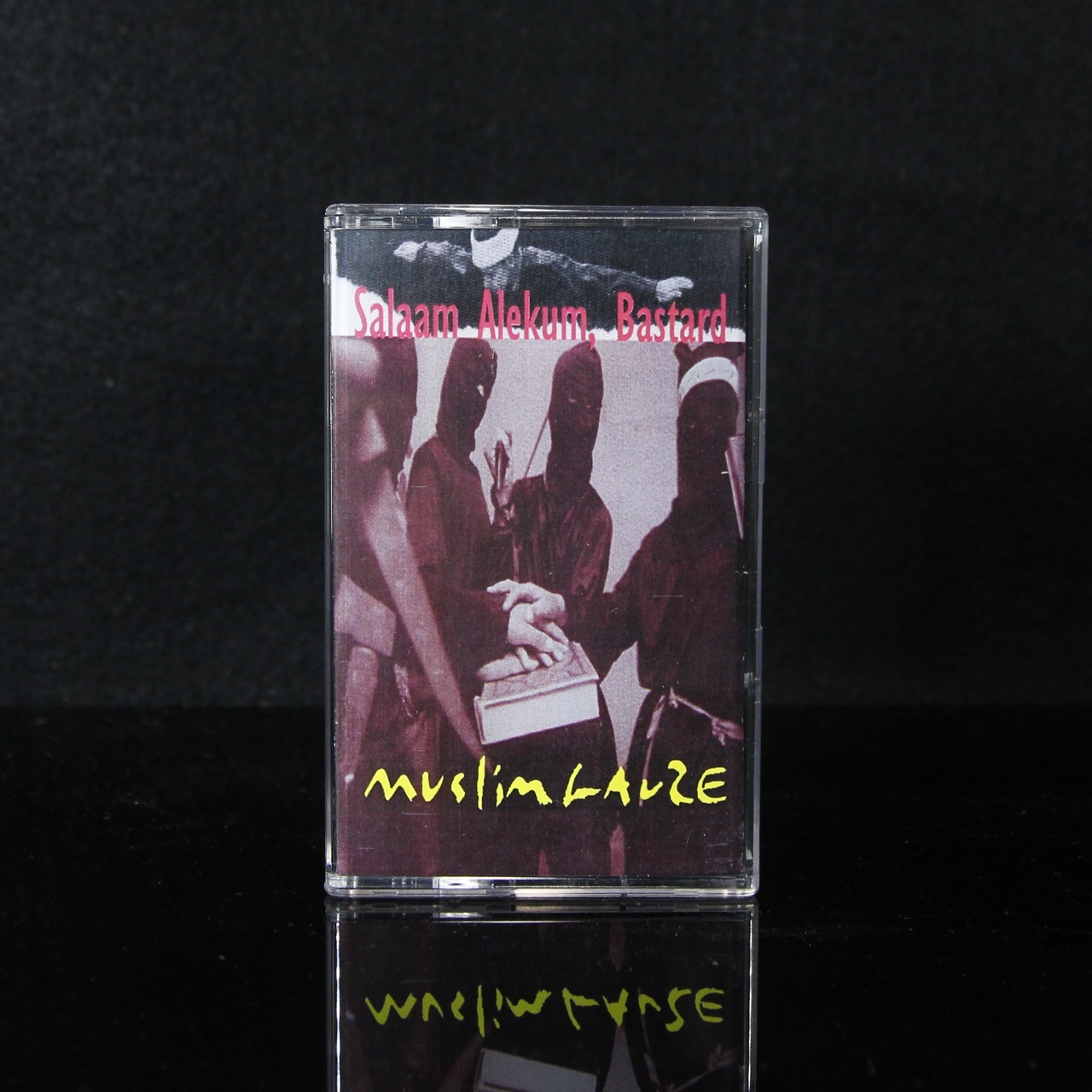 March 5, 2020: The novel coronavirus was rapidly spreading around the globe when an email arrived at Soleilmoon from Terry at Muslimgauze.info in Canada. He was forwarding me a message from a fellow named Zahir, inquiring about the possibility of licensing Muslimgauze’s “Hamas Arc” for release as a limited edition cassette tape in Malaysia. I wrote back to Zahir the same day and proposed that he choose an album released by Soleilmoon, as the album he was interested was released by a different record label. I gave him a list of possible candidates, from which he chose “Salaam Alekum, Bastard”. The only complicating factor was that this album had just been licensed to Kvitnu for release on CD and double LP, but Dmytro at Kvitnu graciously agreed to the proposal, asking only that the tape not be released until later in 2020 so as to leave the field clear for his editions of the album.
Time passed, the coronavirus upended everyone’s lives, and it took more than two years for Zahir’s dream to become a reality. But he was determined and persistent, and in late August, 2022, a bright yellow and red DHL box full of cassette tapes was delivered to Soleilmoon. Manufactured in an edition of 100 copies, with professionally printed inserts and tapes in sealed cases, this is first officially licensed Muslimgauze album to be released in Malaysia. The artwork is based on the 1995 Soleilmoon release, and was made using the original digital art files.