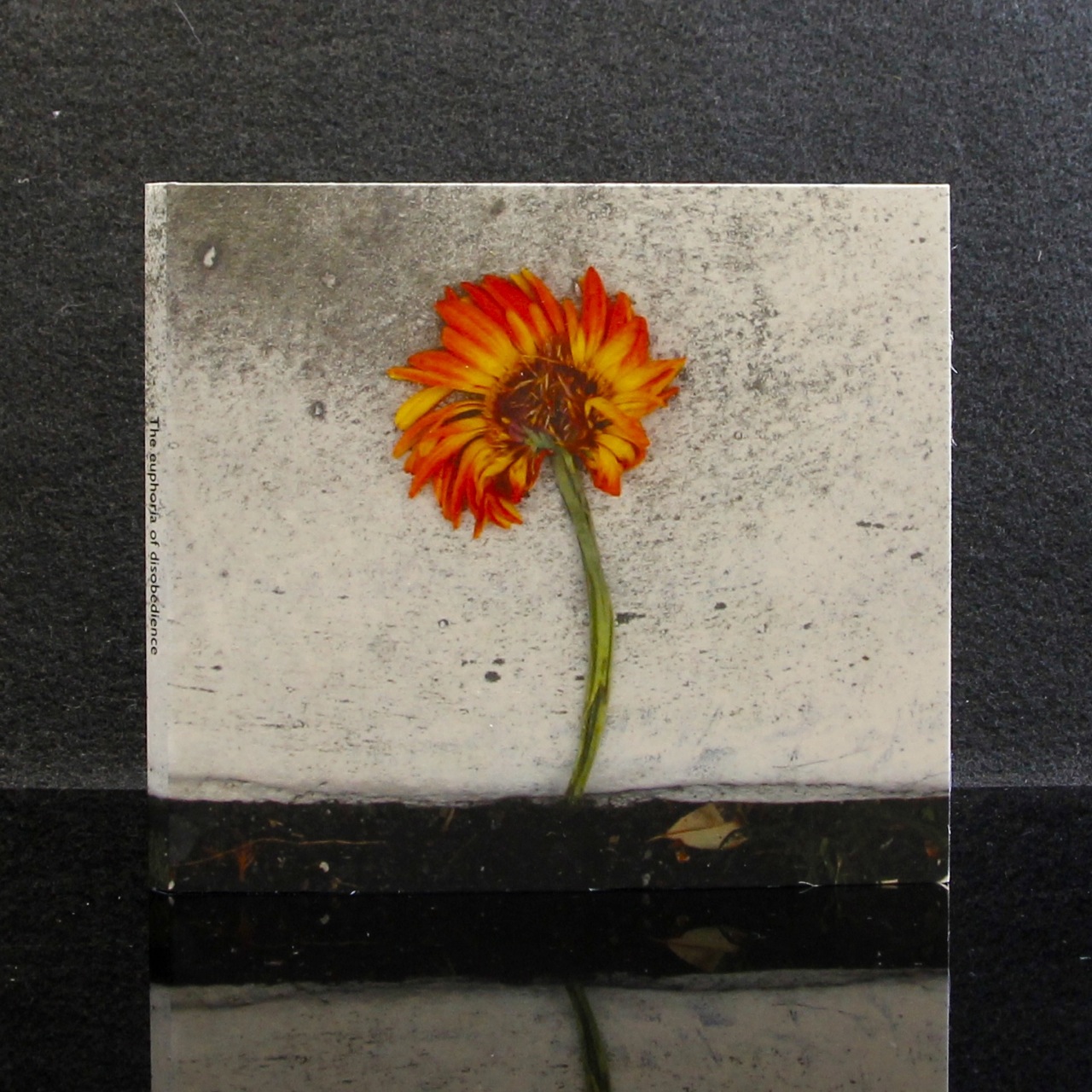 SECOND EDITION – RELEASED IN A STANDARD DIGIPAK, WITHOUT THE RESIN “ICE” TILE FROM THE FIRST EDITION.

NOTES FROM THE 2006 RELEASE:
Just one short decade after making their last album, UK ambient pioneers O Yuki Conjugate release a new CD called “The Euphoria of Disobedience” on their OYC Limited label. This calls for a celebration, and indeed an explanation.  O Yuki Conjugate have released four studio albums and innumerable spin-off and side projects since their first gig in Nottingham in 1982. Currently in their third incarnation, the ever-youthful OYC have cancelled their hip replacements and are going all-out for superannuated ambient glory with their latest CD. Started in 2002 and completed in late 2005, “The Euphoria of Disobedience” explores an area OYC have christened “dirty ambient”, multi layered, hyper textural and distinctly gritty. Less obviously ethnic than previous OYC releases, the perfumed garden of Eno’s classic ambience is replaced by rough edges, noxious odours and abrasive textures. The result is a jagged beauty.

You're viewing: O YUKI CONJUGATE – The Euphoria of Disobedience $14.30
Add to cart