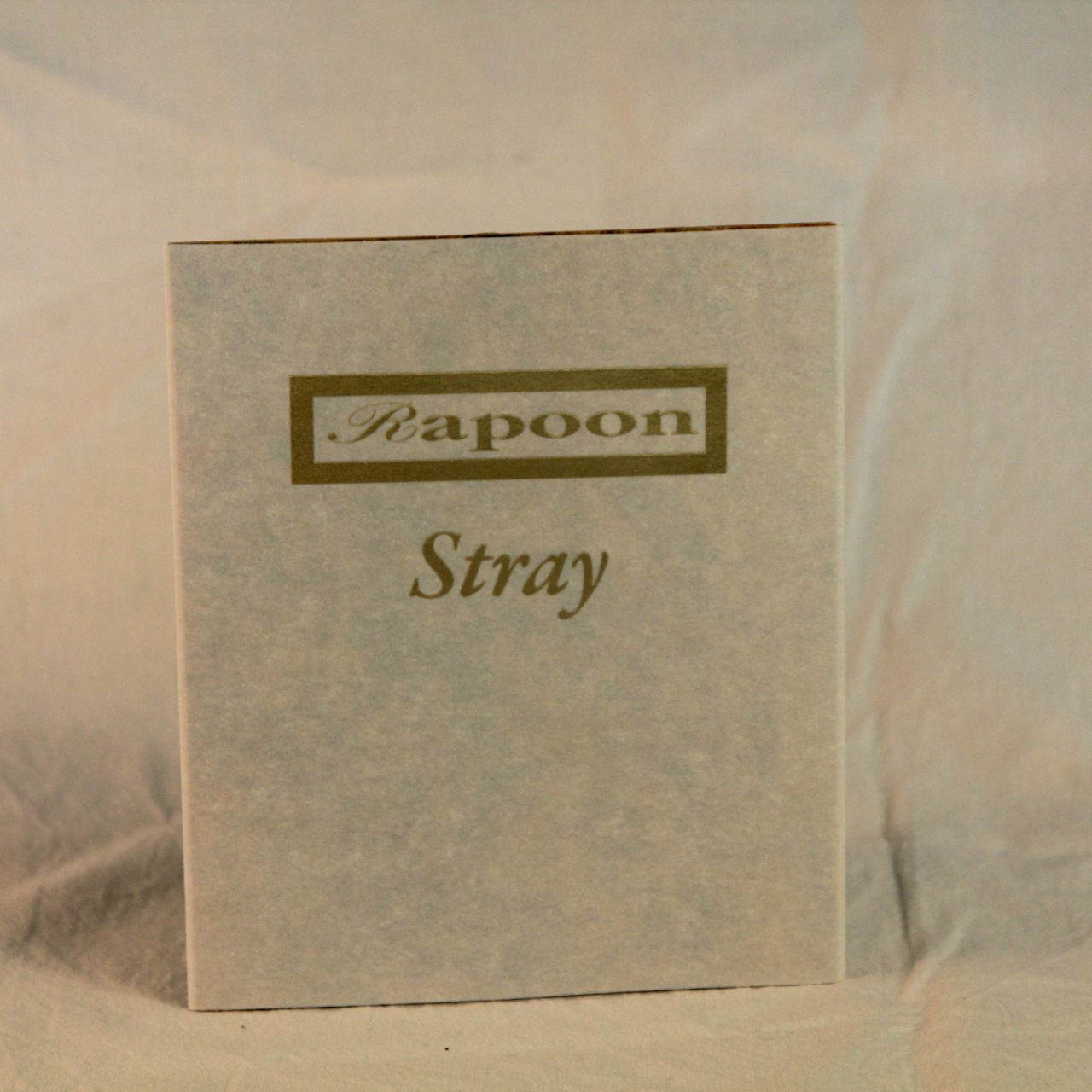 “Stray” is the new album by Robin Storey, otherwise known as Rapoon. His previous release for Soeilmoon was “Melancholic Songs of the Desert”, released in 2009. He has more than 50 albums and singles going back 20 years to his 1992 debut recording,”Dream Circle”.

Improvisational, accoustic, electronic, and artfully arranged, the music of Rapoon is the auditory manifestation of impressionism. Robin Storey paints his songs with small details and fleeting impressions that evoke a mood or place in the listener’s imagination.

“Stray” opens with a simple recording of a women’s choir, then in the next two tracks Storey transforms and transmutes the voices, adding pastel tones and rough shadows until the original canvas has been completely repainted. The fourth piece sprinkles tropical songbirds over distant drones and off-world rhythms, moving East until again, after two more songs, an entirely different atmosphere has emerged. The last three songs take up half of the album, and include two long pieces that comprise entire worlds unto themselves, from bedrock to mountaintop. Transitory, ephemeral clouds of sound flow down imaginary frozen canyons, pouring across weathered rocks and running to windswept shores, carrying sand, pollen and promises of spring’s renewal. Taken together, the nine songs on “Stray” are as gorgeous as they are oblique and engaging.

“Stray” is presented in lavishly printed CD slipcase and folder with vellum overwrap. In a world of generic music sold in dull packaging, the exquisite cover created for this CD makes it an object to treasure, yet it is typical of  the high standards of Soleilmoon. This deluxe first edition of “Stray” is limited 333 copies.