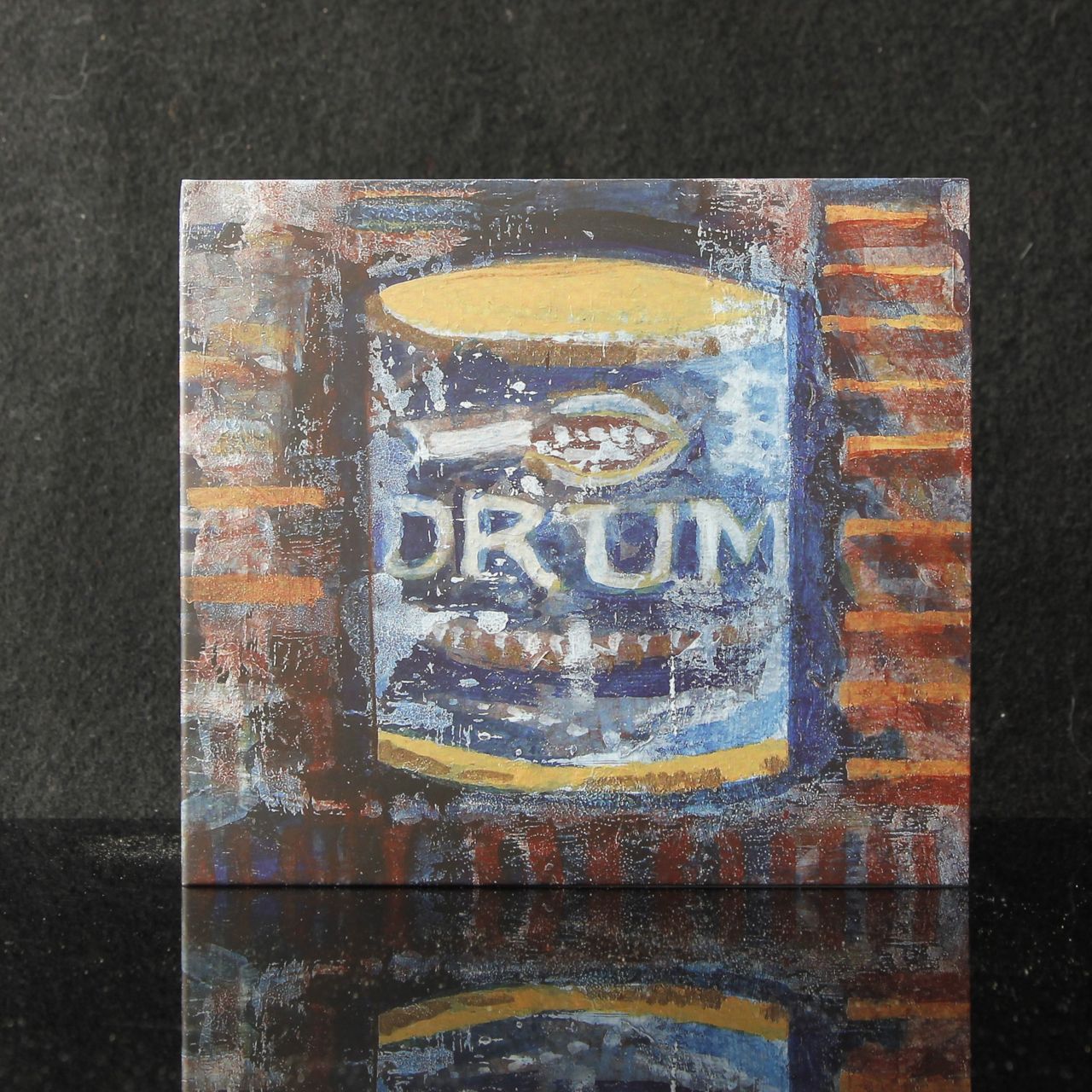 “Whilst travelling through the USA and Canada on a tour in 1996 I found a tin of rolling tobacco in a truck stop store in one of the Southern states. This doesn’t sound like much of an incident but I was four or five weeks into the tour and at the time I was a chain smoker and all of my European tobacco had gone and i was trying to smoke the dry tinder that passed for rolling tobacco in the US. I spotted the Tin of Drum tobacco on a shelf and was almost overcome with a kind of silly joy. It looked to me like i had found the holy grail.

I gave up smoking many years ago.
I kept the tin, to remind me.
Nowadays I feel the same sense of joy when I look at the sea, paint a good picture, hear my children laugh.
Times change…. I went looking for America and found a Tin of Drum.
hallelujah…

Revisiting some of the same places 15 years later I found the world had homogenised and what had once been unfamiliar and intriguing had become familiar and of less interest.
Only the deserts and the stars in the deserts remained unchanged.
The second disc is about the deserts.”
— Robin Storey

CD2 – Rapoon “Tin reflections in metal stars”
1. Pointed at the stars
2. The frequencies scatter
3. Radio trash
4. The tabernacle
5. A low fi jukebox
6. A dollar down
7. In times of trouble
8. We call on gods 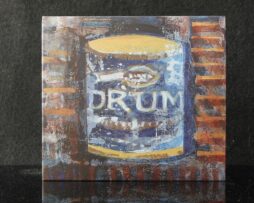