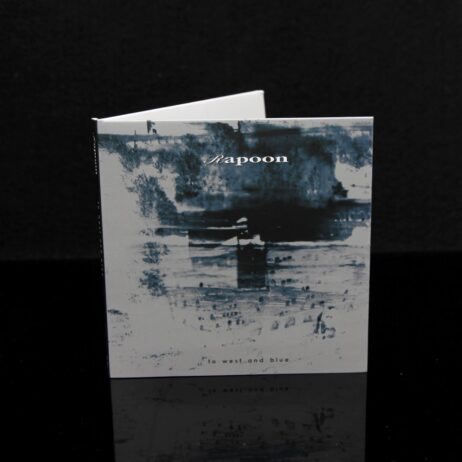 “To West and Blue” is Rapoon’s 50th album and 5th for Polish label Zoharum. The album consists of seven long, slowly evolving tracks that appeal to the subconscious, gradually growing on you until you’re thoroughly captivated by their haunting beauty. But there’s an underlying uneasiness, and a sort of clash between reality and a ghost world, or perhaps a world long lost. With choral voices hidden beneath layers of treated sounds, “To West and Blue” is a stand-out album among Rapoon numerous releases.Robin Storey talks about this album: These pieces are about the area I grew up in in the UK. A peninsula of land which stuck out into the Solway Firth. Surrounded by the sea when the tide was in and surrounded by endless mudflats when the tide was out. When the water covered the ground the line between the sea and the sky was almost non-existent. A diaphanous boundary. The sea came in from the West where the huge skies hung without end in a vault of blue.The CD is housed in gatefold sleeve in the vein of Japanese-style vinyl replica and is strictly limited to 500 copies.