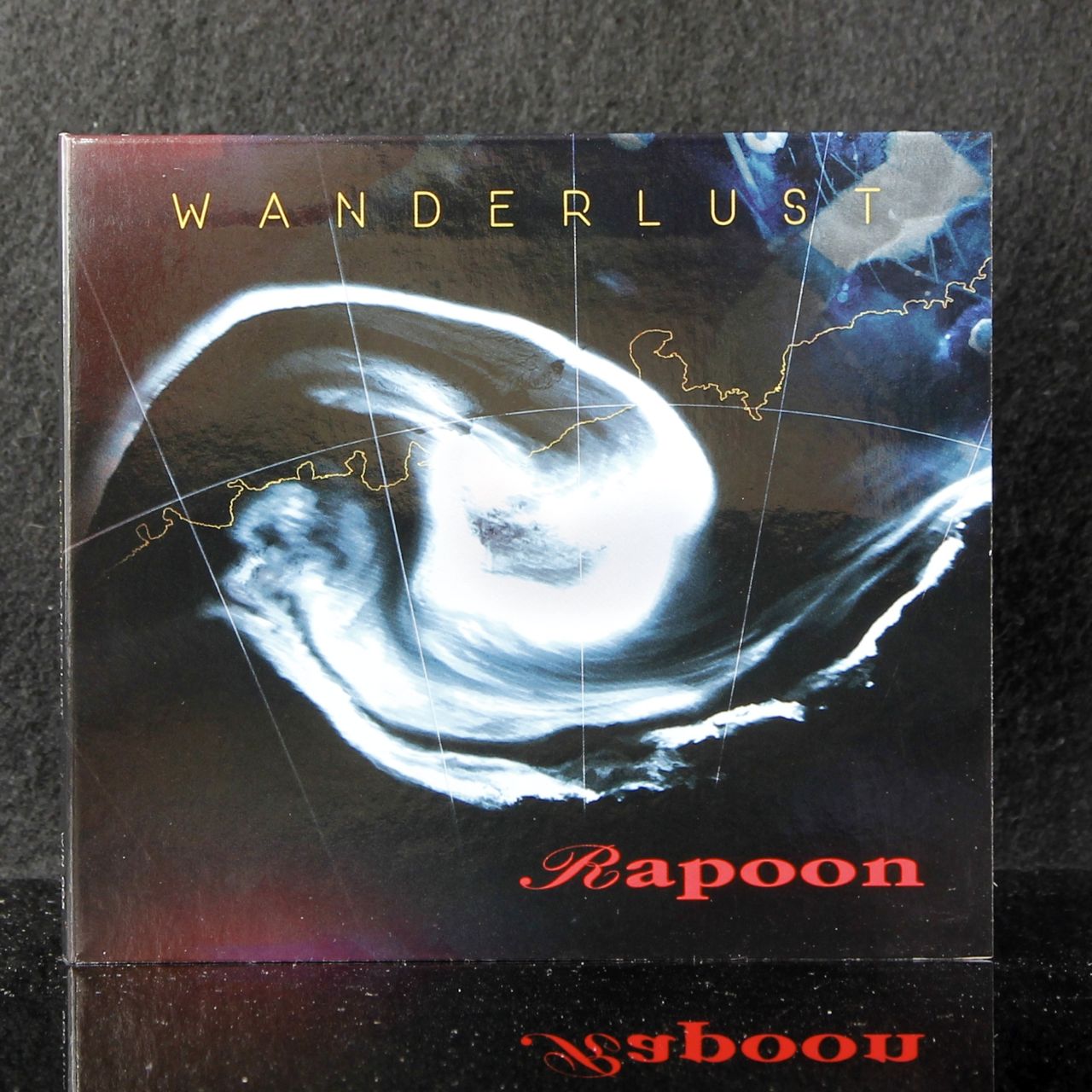 Robin Storey has collaborated with many artists over the years and for this release additional vocals for the album have been supplied by the Russian folk singer Tatyana Stepchenko aka TOLOKA.

As the title indicates. ‘Wanderlust’ is the endless yearning, the search for questions and for answers, the horizon ever drawing onward with the lure of what lies beyond. The pull of the mountains and the deserts and the infinitive light of the stars, shining from the distant past. We travel…..

The CD is packed in a full colour, 6-panel digipack, and contains ten original tracks with a total running time of 70:08. It is strictly limited to 300 copies.

TRACK LIST
1. exchanging glances in Babylon
2. standing in a river
3. happy birthday
4. a bronze eye searching
5. message from the past
6. a far light
7. calling ghosts
8. You look like something…
9. the sand turned to glass
10. we danced a last goodbye

Frans de Waard reviewed the CD for Vital Weekly:
So I recently admitted that much of the music by Rapoon is not made for me, and I would have thought that based on that confession I would be no longer receiving any promo’s (in fact it had already been very quiet in that department, seeing what was released in recent years), so I was slightly surprised by this new one. When I wrote that much of the music by former zoviet*france member Robin Storey is not made for me, I meant that I find lots of it quite similar, and in my humble opinion: I’d love a change of scenery every now and then. A radical new take on what one is doing and I think that especially goes for those people who release a lot of music. It’s not easy, and I don’t mean this as a lament, to review something similar over and over; but Winter-light, a young Dutch label, wrote that this one is a bit different than his other releases and partly that is because of the use of voices supplied by Tatyana Stepchenko, who also goes by the name Toloka, and who is a Russian folk singer. I never heard of her. According to Winter-light, Rapoon has made some sixty albums, which is certainly an impressive number (not Merzbow like however) and I think I heard about 25% of that. So I was a little surprised about the musical content. Here Rapoon reaches for a wider scope of musical interests than I expected. Ambient music is still a stronghold for him, and so is the use of loops and delays, creating rhythms, but this around, and as said I have no idea how that relates to his other recent work, there is a stronger use of rhythm machines that even create, dare I say it, some form of hypnotic dance beat. Maybe it is because of the Cluster like title of the release I wondered? I am not sure how that voice of Stepchenko worked out, as unless it is heavily sampled and stretched out, I found it very hard to hear it in this music. Perhaps I expected something else when I noted that vocals were used. A piece like ‘Standing In A River’ certainly uses sampled voices, humming wordless and add a fine human element to the music and the only piece that overtly uses a female voice is ‘Calling Ghosts’, which adds a great oriental mystique to the music. In other pieces this voice is not easily found, but the variety of interests in using ambience and rhythm adds a great variety to the whole album. I quite enjoyed this release; perhaps because it reminded me of old times, when I heard more Rapoon and today I realized that it always has it’s distinct quality; and yes, perhaps I should pay more attention, and yes, maybe I think he releases too much music. That is a bit of a dilemma I guess. ‘Wanderlust’ is a great release!