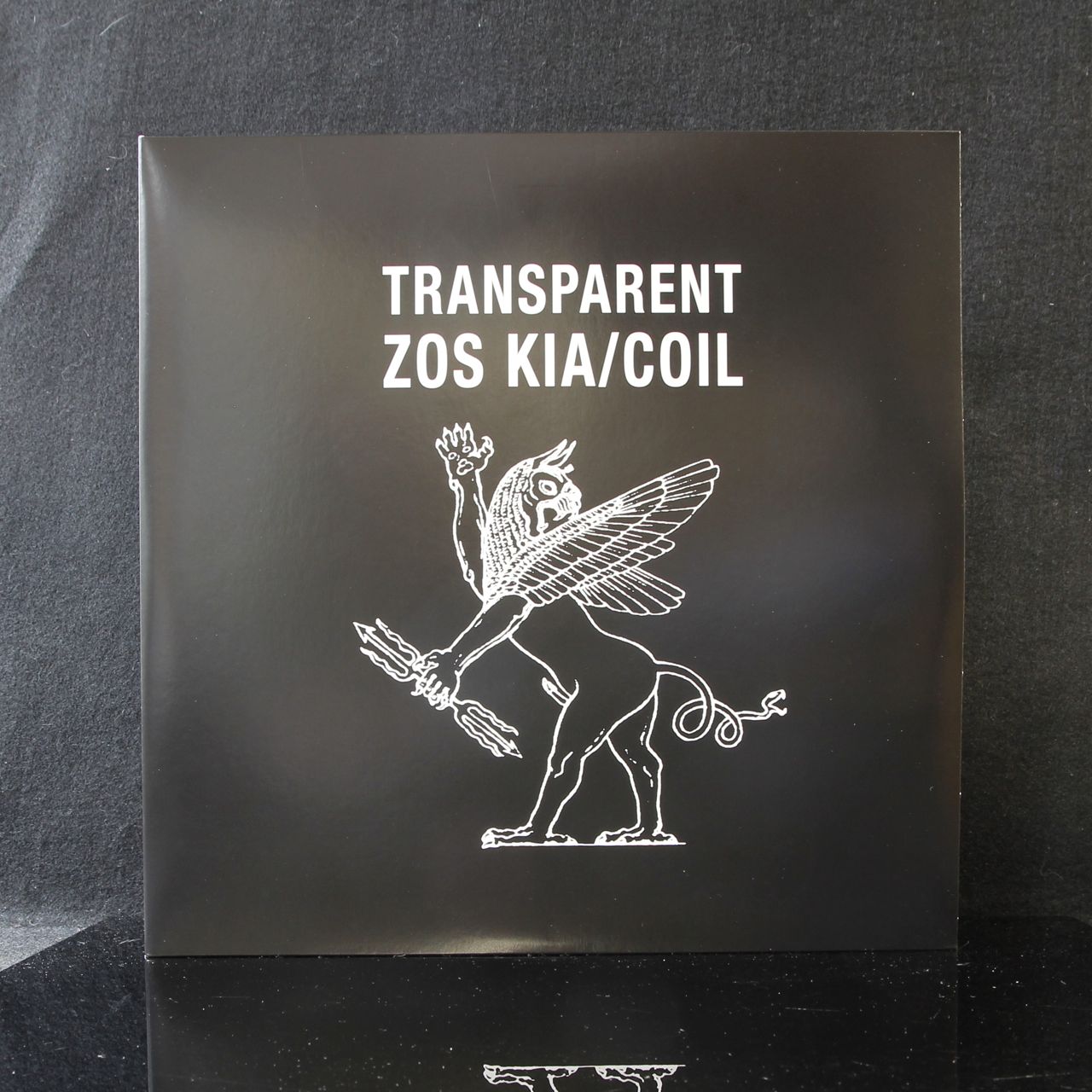 These records are sealed with shrink-wrap. Please include a note when you go through checkout if you'd like to have the the record removed from the jacket for safer shipping.

The entire “Transparent” recordings have been released for the first time, completely remastered from the unedited tapes. Zos Kia was formed by John Gosling, John Balance (Coil) and Min – with guest Peter ‘Sleazy’ Christopherson (Throbbing Gristle, Coil). “Transparent”, their one and only album, was released in 1983 in a cassette-only edition by Austrian label Nekrophile. They were the first released recordings of both Coil and Zos Kia. It was reissued years later by Coil (Threshold House/Eskaton). Includes two previously unreleased bonus tracks by Ake (pre-Zos Kia). The music on “Transparent” is genuinely unsettling and disturbing, with a more primal Industrial feel than “Scatology” (1984), the Coil album which followed. An essential insight into the very early work of these extraordinary artists, and an undeniable link between Coil and Throbbing Gristle.

The vinyl edition is presented in a gatefold sleeve and includes a download code and a 12″ booklet with previously unpublished images. The CD comes in a digipack with a smaller version of the booklet.