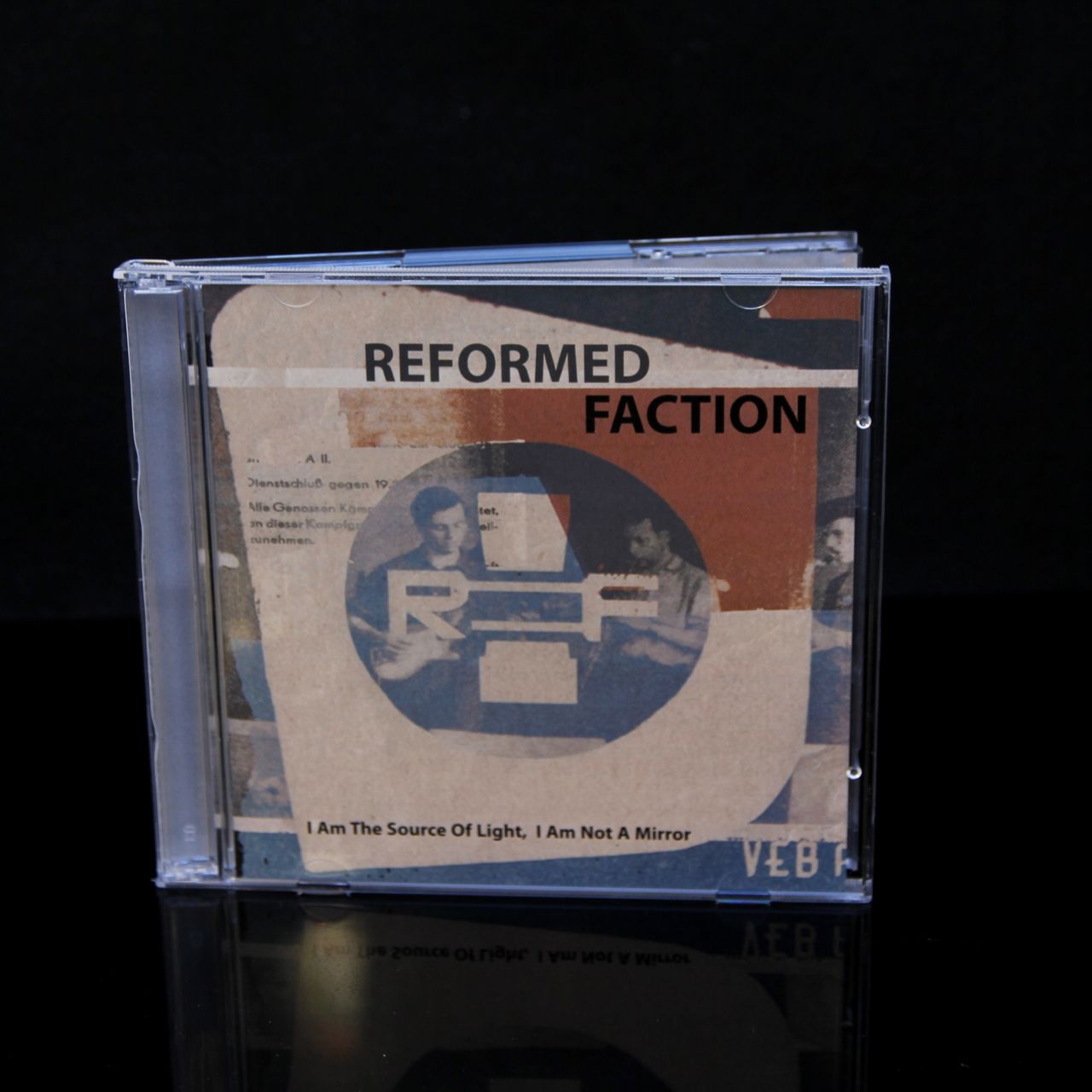 Reformed Faction are Robin Storey and Mark Spybey. “I Am The Source of Light, I Am Not a Mirror” followed their 2007 Soleilmoon release “The War Against”, and is their third album. Their debut release “Vota” was released in 2005 by Austrian label Klanggalerie. The band has played live in both North America and Europe.

Reformed Faction do not talk about making music. They make music. They assemble and record and use improvised material to stimulate the development of composed pieces. The music was assembled in the same way that the CD package was: through active collaboration. “What folks probably don’t realize is that we have always embraced technology. We use technology, we aren’t governed by it. We have to learn how to use equipment in our own way, which means that instruction manuals are never referred to. We make music. We try not to theorise, and we avoid interpretation or analysis of our music like the plague.”

This is an homage of sorts, to the last 40 years of music making. Robin began as a guitarist, Mark as a drummer. Throughout their careers they have neither deliberately nor consciously eschewed the use of conventional instruments or traditional compositional techniques. They do not regard themselves as an “experimental” band, preferring to leave the laboratory safe in the hands of physicists and technicians. A long time ago :zoviet-france: declared that they could, if they wished, create the perfect pop record or the archetypal country record. Both Mark and Robin were profoundly influenced by the music of rock bands in the seventies while boldly assimilating ideas from world music in the belief that all musical sources exist to be appropriated. In the same way, over the years, they have embraced technology. This is “anti-restictivist” music. “We realized a long time ago that as soon as we left :zoviet-france: our cover was blown. We could no longer hide under the false mantle of anonymity.”

For Reformed Faction, each album is an attempt to develop ideas. The three CDs that comprise “I Am the Source of Light, I am Not a Mirror” are collages, each intended to be listened to in their entirety. The contributions of various friends have been assimilated into the recordings. The East German band Scatology and the American band Not Breathing both contributed to the process. Tommy Grenas of the Los Angeles band Anubian Lights, who Mark met through Damo Suzuki, came to stay with the band and also joined in the recording sessions. The recordings took on a life of their own. Picture the backdrop: the rainy landscape of northern England, the collection of classic seventies albums from the likes of Faust and Can, and the band’s preoccupation with the cultural and political legacy left by the dissolution of the eastern block countries. Reformed Faction spent time in the city of Dresden, where they met the artist Ira Tannheuser, who supplied the images used in the booklet accompanying the CD. The finishing touches were generated by Shaya, an enterprising Afghan trader and fan of Reformed Faction who trekked through the fabled Thar desert in the Sind province of southern Pakistan, and there discovered a long-forgotten depository of hand made metal boxes that had been manufactured 30 years ago in the town of Mithi. They were initially made for storing detonators but had never been used. Shaya had them embossed with the Reformed Faction logo by a local metal worker and then shipped them half-way around the world to Soleilmoon and told us to do something with them. The boxes are still partially encrusted with the sand of the Thar desert.

The 2012 edition of “I Am The Source of Light, I Am Not a Mirror” is released as a double CD in a jewelbox, with a 12 page full-color booklet featuring the work of East German artist Ira Tannheuser. The original 2009 editions came in a metal box with three CDs in screen printed slipcases, the 12 page booklet, a screen printed insert describing the editions, a metal badge and a sew-on cloth patch.The first edition was limited to 100 copies, and came with a bonus 3 inch CDR with an unreleased track presented in a hand numbered screen printed slipcase. The second edition, which came with everything included in the first edition except for the 3 inch CDR, was limited to 300 copies. We are Reformed Fraktion. We are from the North of England. We travel. With open eyes. 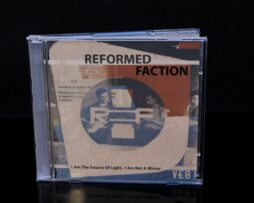