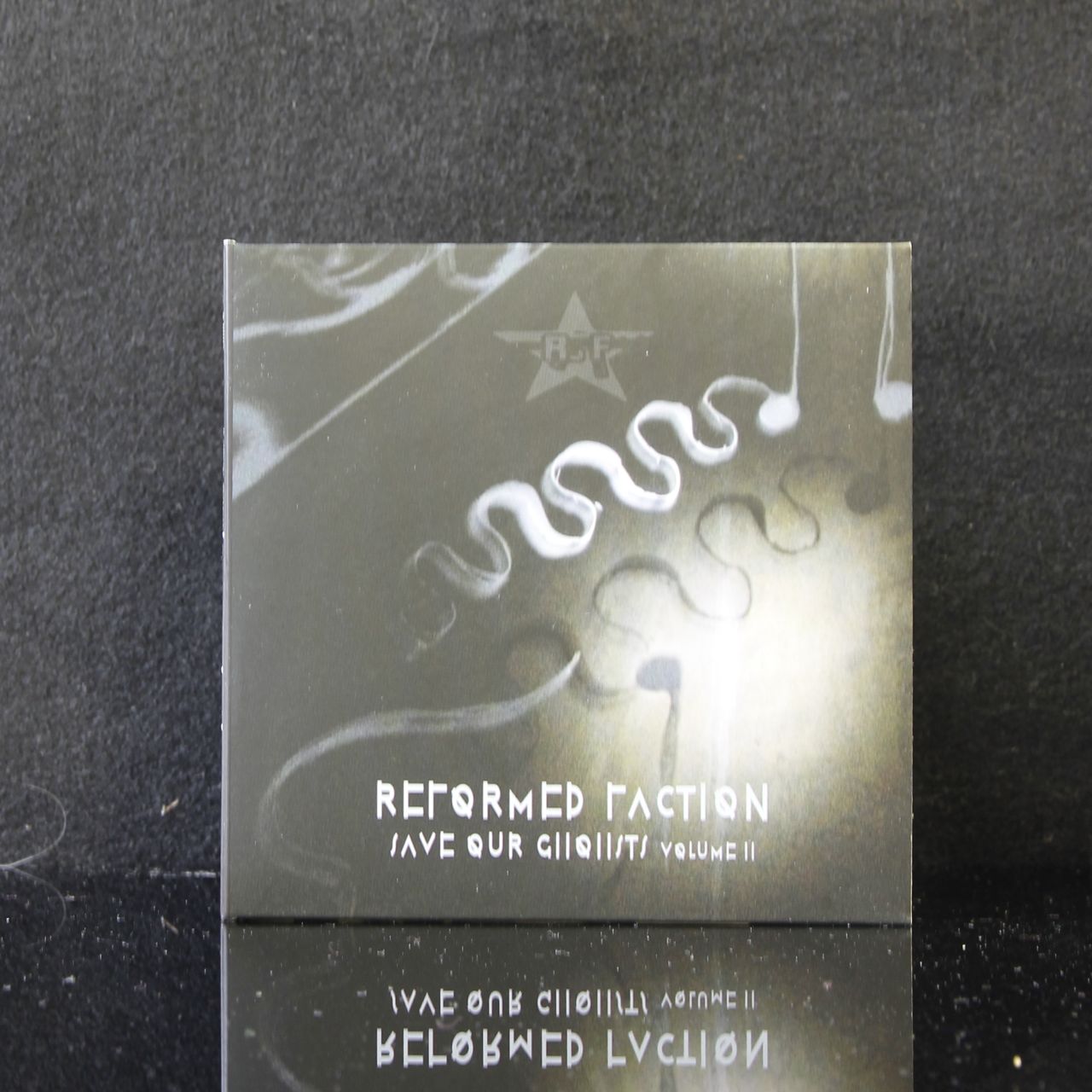 LIMITED EDITION OF 450 COPIES.Retortae is proud to present its debut release – Reformed Faction ‘Save Our Ghohsts’ duplet, the masterpiece from the people who could be considered as some of the most influential in industrial music, Robin Storey (Rapoon) and Mark Spybey (Dead Voices On Air). The sophisticated delicate ritual ambient music gives life to the transcendent nature of some special places, bringing a subtle atmosphere of dawn and dusk’s foggy moments. The following text is the artists’ preview of this great sound excursion to the mystical area, a place they insist must be kept secret to save its ghohsts from the attention of noisy people .Reformed Faction – Save Our GhohstsOn one occasion, we received an anonymous letter from someone containing a photograph that included these words, ‘Save Our Ghohsts’. Intrigued by the possibility that we are not alone, and with little else to do during one of our typical damp, cold, windy and generally unpleasant winters, we thought we’d try to explore the phenomena of paranormal activity.We believe that the imagination is a gaping chasm. Further, paranormal activity can be rationally explained. Or so we thought. So, with the aid of a spiritualist medium (who shall remain anonymous), night vision cameras, field recording equipment, EMF meters, flashlights and dowsing rods we set out to several locations in the North of England that have reported high and sustained levels of paranormal activity. In order to investigate Electronic Voice Phenomena (EVP) we also recorded noise from randomly tuned shortwave radios, between the hours of 2 and 5 am on no less than 10 occasions.We cannot reveal details of the locations that we visited, neither do we wish tell you what we saw or what we experienced. We have made use of the sounds that we recorded during these nocturnal investigations and from the EVP recordings in both Volume 1 and Volume 2 of ‘SaveOur Ghohsts’.With hungry eyes and thirsty ears,Reformed Faction. North Land. March 2013.