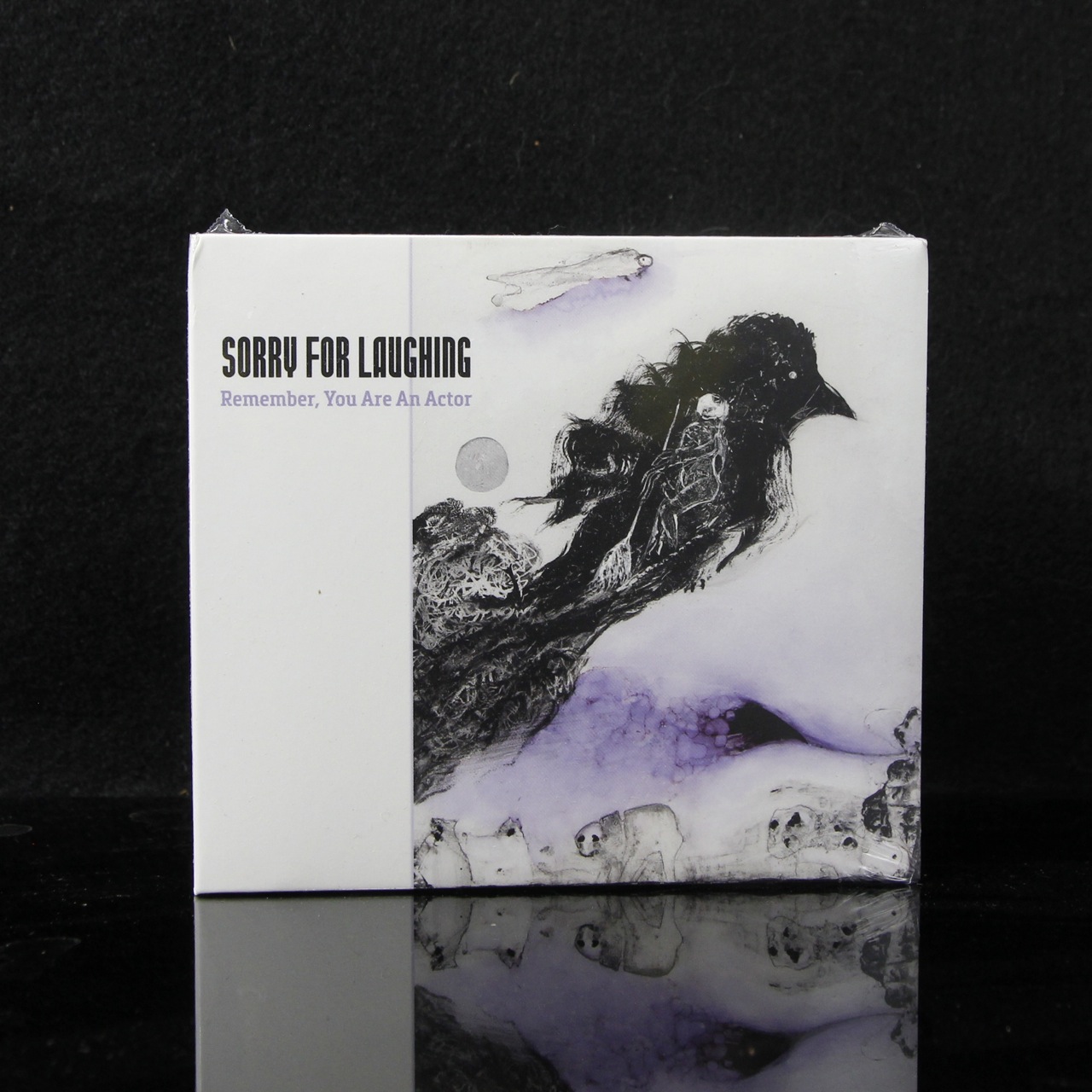 SORRY FOR LAUGHING – Remember, You Are An Actor

Sorry For Laughing is a project by Gordon H. Whitlow who is also a member of legendary US avantgarde collective Biota, formerly Mnemonists or Mnemonist Orchestra. Their music is a mixture of modern classical, experimental sounds, noise, industrial, avangarde, songwriting and free jazz. Their releases were published by their own self-produced label Dys between 1981 and 1986. By 1985 the group had split off into separate groups for visual and audio work. From that time, Mnemonists operated only as a visual arts collective while the musical activity was taken over by a new group called Biota that featured a few of the musicians involved with Mnemonists as well as many new members.In 1986 Gordon H. Whitlow released a cassette under the name Sorry For Laughing: “The compositions stem from my beginning days with the avant-garde recording ensemble Biota, shortly after completion of the Bellowing Room LP.” The album was re-issued on CD by Klanggalerie in 2018 and is still available. Recently, Gordon reactivated the project and changed it from a solo effort into a new supergroup: it now consists of himself, Edward Ka-Spel of Legendary Pink Dots fame, and Martyn Bates of Eyeless In Gaza. Also contributing is Denver guitarist Janet Feder, the Dots’ Patrick Q.Wright and Biota’s Tom Katsimpalis. Together, these musicians created an exceptional album of tender music where stunningly beautiful vocals float around ambient soundscapes and minimal classical music.