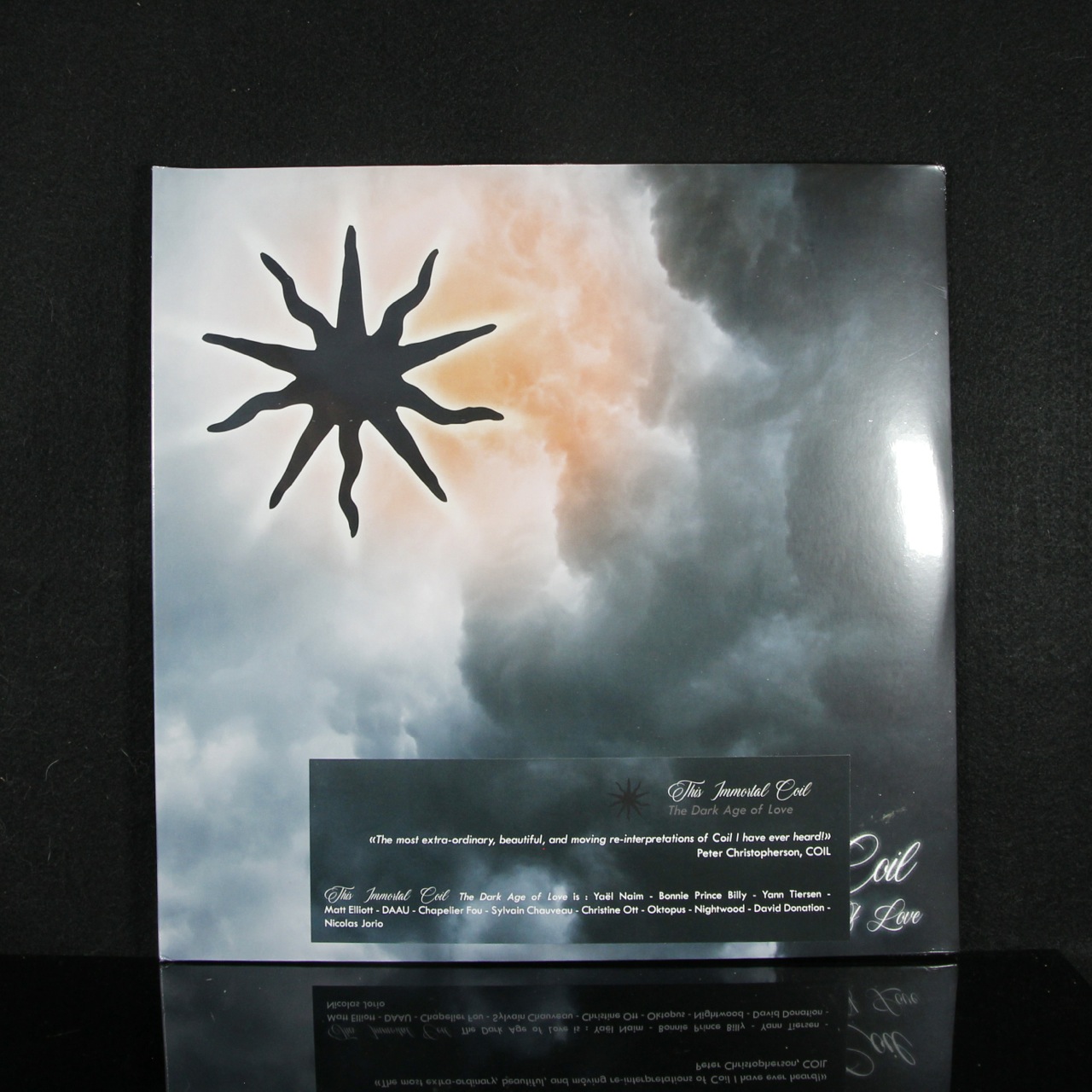 THIS IMMORTAL COIL – The Dark Age of Love

On the 13th of November 2004, Jhonn Balance passed away. He was, along with Peter Christopherson, the founding member of the band Coil. His brutal death marked the end of over twenty years of activism and musical genius. Following his tragic passing, Ici d’Ailleurs started working on a project to pay tribute to one of the most fascinating and cutting edge musical outlets in modern British Music.
In 2009 “The Dark Age Of Love” was released under the moniker This Immortal Coil, both a reference to 4AD’s This Mortal Coil and the immortal powers of Coil’s vast output. This supergroup project features Yaël Naim, Bonnie Prince Billy, Matt Elliott, Yann Tiersen, DAAU, Christine Ott, Oktopus from Dällek, Sylvain Chauveau and many more.
Peter ‘Sleazy’ Christopherson immediately put it up for sale on Coil’s website Threshold House, describing it as “the most extraordinary, beautiful and moving re-interpretations of Coil I have ever heard”.
Sleazy would later elaborate about the songs of “The Dark Age Of Love” “I LOVE THEM. It is the first time somebody with musical sensibility and talent has put so much time and effort into covering Coil songs. It totally passes my “hairs on the back of your neck standing up” test for the whole running time of the album. I was awe-struck.”
As This Immortal Coil reunites under a whole new line-up for a follow-up in 2022, Ici d’Ailleurs have repressed the vinyl edition (but with new cover art) of this long out of print first album, originally released in 2009. The original CD release (with the original cover art) is still available in the Soleilmoon shop here.