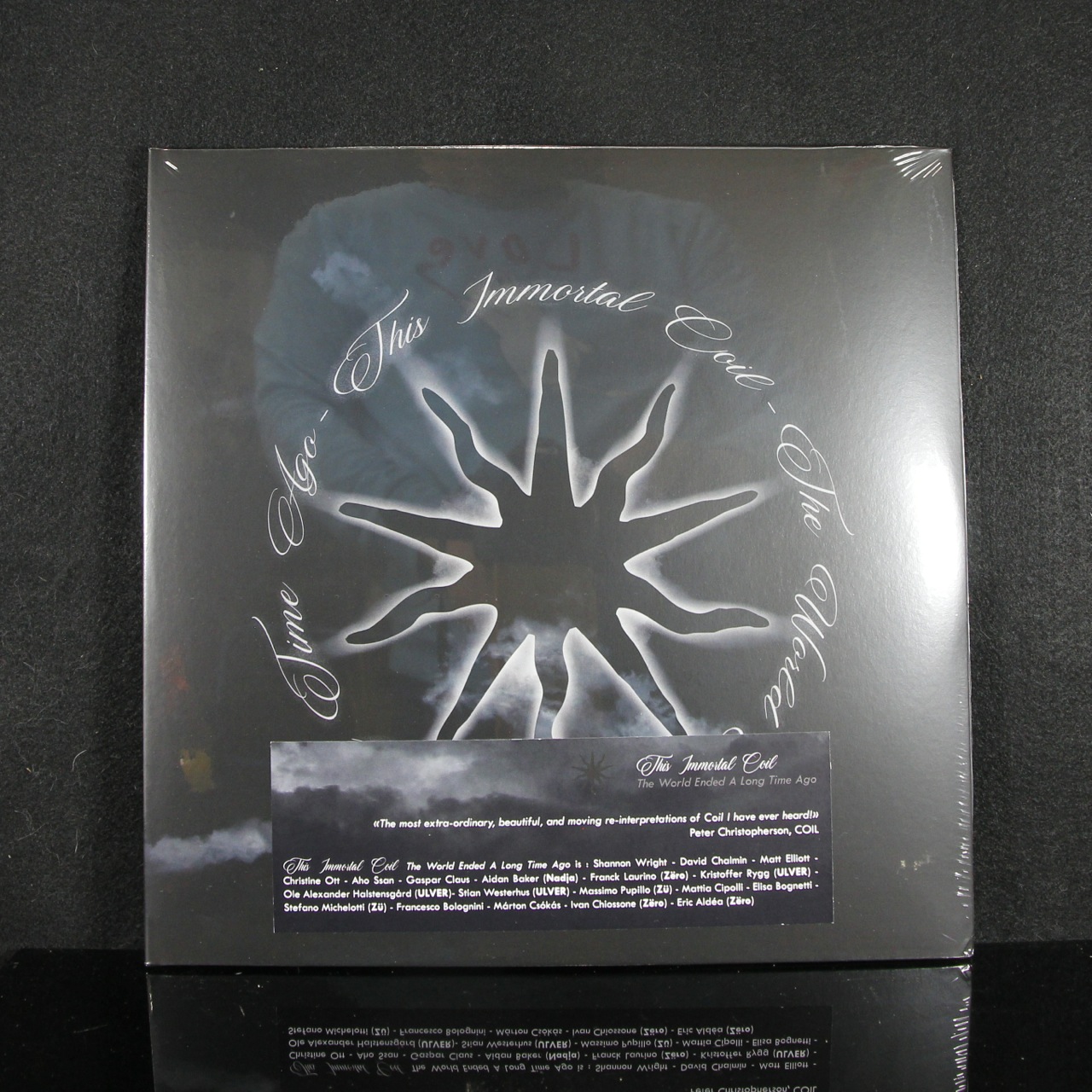 THIS IMMORTAL COIL – The World Ended A Long Time Ago

In 2009, following the death of Jhonn Balance four years earlier, This Immortal Coil’s “The Dark Age Of Love” appeared as a tribute to the two decades of superb work of British band Coil. Formed by musicians from all walks of life, the album was praised by critics but also, and most importantly, by Peter Christopherson himself!
13 years have passed and the passion for the band has never wavered. Following the death of Peter Christopherson in 2010, and meetings with musicians such as David Chalmin or Massimo Pupillo from Zü who also wanted to pay tribute to this gigantic band, Stéphane Grégoire’s desire to make a new opus took shape in 2017 with a first recording of the title “Where Are You”.
Just like the first one, more than five years were required to complete this mammoth tribute to Coil’s unclassifiable genius.
Amongst the collaborators of this long awaited follow-up are Shannon Wright, David Chalmin, Matt Elliott, Christine Ott, Aho Ssan, Gaspar Claus, Aidan Baker (Nadja), Ulver (Kristoffer Rygg, Ole Alexander Halstensgard, Stian Westerhus), Zü, Marton Csokas.

Available as a CD or double LP.  Limited edition deluxe box sets of either 3 CDs or 5 LPs are also available. The box sets include the first album “The Dark Age Of Love” (also available separately) and an exclusive disc of remixes.

Review published in Vital Weekly, December 6, 2022: There was a time when I listened to a lot of Coil – a period that was then followed by years and years without any Coil. In hindsight I wonder: why was that? Maybe it was the changes in my personal circumstances; shifting musical interests and odd are I was also just a bit fed up with the cult following (of any kind). Their cult-following is something that is even larger these days now that both members are no longer with us, and seemingly everyone can (re)release a Coil record. There have been Coil tributes before, but This Immortal Coil is different. In 1980, 4AD boss Ivo Watts created supergroup This Mortal Coil, inviting musicians from his label to record his favourite songs. I am sure most will be familiar with ‘Song To Siren’ since it was used in several adverts. However, if you don’t know it, then shame on you; stop reading and look it up. Now ‘This Immortal Coil’ is obviously a clever play on the name and the basic idea is the same: a rotating cast of musicians playing Coil songs. In 2009 there was a first album ‘The Dark Age Of Love’, which is now part of the 5LP box set that is also available, including one additional disc with remixes). There is Matt Elliott (Third Eye Foundation), Aidan Baker, Christine Ott, members from Ulver, Zü, Zëro, plus a lot of (I assume French) musicians, whose names are new to me. Perhaps rather than what you would expect, the line-up is rather conventional, drums, guitar, cello, vocals, clarinet, bass, organ and so on. There are such songs as ‘Cold Cell’, ‘A White Rainbow’, ‘Magnetic North’, ‘Fire Of The Mind’, plus the emphasis seems to be on the later Coil period – and on the dramatic at that. In this respect the link to This Mortal Coil is perhaps even more fitting, since their work also had a very dramatic impact. At any rate, what surprised me and made me feel that this is a great album is the fact that the group manages to translate the Coil tracks to their very own vernacular, while pretty much following the originals. This Immortal Coil created a very consistent album that could have been a Coil gem in its own right, which also means they picked the those pieces necessary to create such an album. (LW) 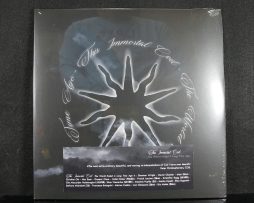