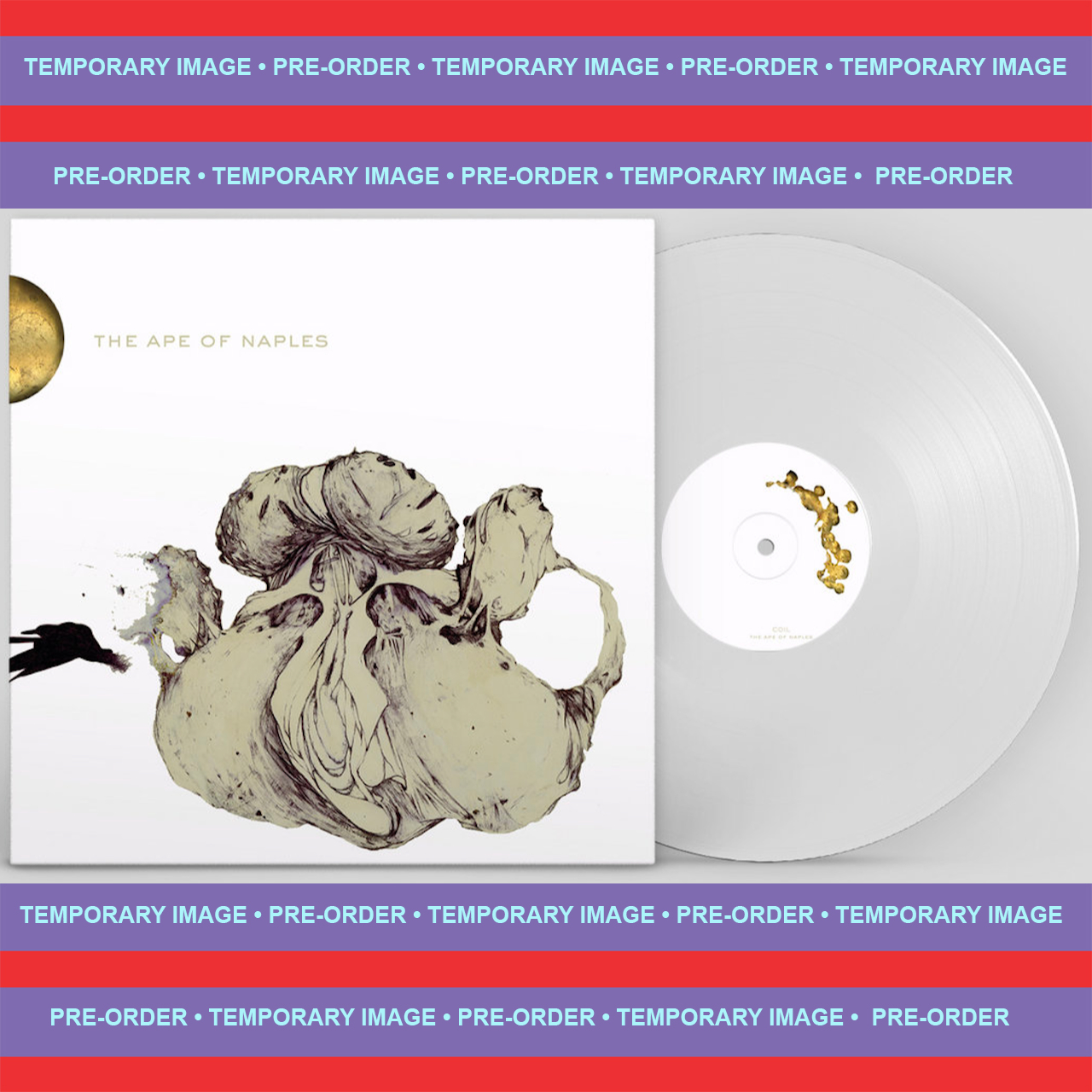 PRE-ORDER ITEM — EXPECTED TO ARRIVE BY DECEMBER 9, 2022. Any regular in-stock items ordered at the same time (in the same shopping cart) will be held aside and sent with your pre-ordered goods as one shipment. Orders with multiple pre-orders will be sent as one order, when all of the items in the order are available. If you want the order to ship immediately, or want your pre-ordered items to be sent out as soon as they arrive here, rather than in a group, you must order them separately. PAYMENT WILL BE TAKEN WHEN YOU COMPLETE CHECKOUT.

“The Ape of Naples” is a deeply emotional and uniquely rewarding album. In its immediate accessibility it is somewhat reminiscent of Coil’s mid-1980s classic “Horse Rotorvator” sharing that album’s wild variety of sounds and styles as well as its overriding sombre mood. Originally released in 2005 and in many ways the band’s ultimate swan song, it is now considered one of the go-to albums for introducing new listeners to the unparalleled magick of Coil. Compiled and released by Peter Christopherson and Danny Hyde one year after Jhonn Balance’s tragic deadly fall, it includes reworkings of the live favourite “Amethyst Deceivers” and “Love Secret’s Domain”‘s “Teenage Lightning” as well as several songs originally intended for the ill-fated “Backwards” album like the haunting and preminiscent “Fire of the Mind” and the superb “Amber Rain”. Other tracks were created using unfinished song ideas from around “Backwards”, sampling tiny bits of Balance’s live vocals from songs only ever performed in concert once like “Triple Sun”. Using the lyrics of the theme tune for the 1970s BBC sitcom series “Are you being served?” for the unbelievably haunting “Going up”, this album’s final track and the last song Coil ever performed live, is maybe the most poignant example of Balance’s and Christopherson’s method of turning base matter into pure sound gold, and like the title of the album, derived from an imaginary adult video an equally fine example of the often underappreciated humour of the boys. Christopherson with the help of long-term sound wizard Danny Hyde and using some of the talent of Coil touring members managed to craft an album which feels and flows like a true Coil classic.

The Infinite Fog version is the third Coil record receiving the fully remastered and enhanced 3LP/2CD treatment supervised by Danny Hyde. All of the original material has again been carefully and sympathetically remastered by Grammy-nominated engineer Jessica Thompson who has been previously lauded for her splendid job on its sister release “The New Backwards”. Coil fans old and new will be thrilled over the inclusion of more than an hour’s worth of nine rare and largely unheard bonus tracks from Danny’s vaults completing the set. The astounding design of the original box-set release is restored for the gatefold 3LP sleeve using the fully-licensed artwork by Ian Johnstone (making it easy to differentiate this new vinyl version from previous un-sanctioned LP releases using poor reproductions of the original CD art for the front cover), the CD will be available in two versions with the original and well-loved original CD cover art and for the first time using the former vinyl-only cover art. If you do not yet own a physical copy of the “Ape of Naples”, or if you always wanted an enhanced version of this masterpiece, there has never been a better time to make that wish come true. 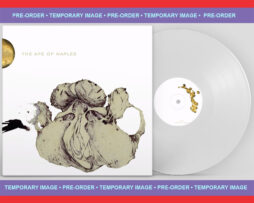